Neal Shusterman and I discuss eternal life, the singularity, and the meaning of death as portrayed in his series, THE ARC OF A SCYTHE, as well as the newest book, GLEANINGS. We talk about how Neal was first inspired by a teacher, why he studied theater and psychology rather than just focusing on writing, the significance of having an international experience early in life, his writing and plotting process, his work habits, how he employs sensitivity readers, the GAME CHANGER television series for Netflix, collaborating with his son, Jarrod Shusterman, the afterlife, and so much more. 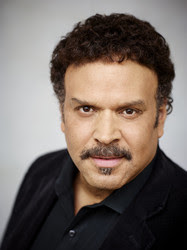 Neal Shusterman is the New York Times best-selling author of over thirty novels for children, teens, and adults. He won the 2015 National Book Award for Young People’s Literature for Challenger Deep-and his novel, Scythe, was a 2017 Michael L. Printz Honor book-and is in development with Universal Studios as a feature film. His novel, Unwind, has become part of the literary canon in many school districts across the country-and has won more than thirty domestic and international awards. He co-wrote his most recent novel, Dry, with his son Jarrod, and in addition to being on numerous award lists, Dry is currently in development with Paramount Pictures. His upcoming novel, Game Changer, is in development with Netflix as a TV series, and he is co-writing the pilot episode. Shusterman has also received awards from organizations such as the International Reading Association, and the American Library Association, and has garnered a myriad of state and local awards across the country. His talents range from film directing, to writing music and stage plays, and has even tried his hand at creating games. Shusterman has earned a reputation as a storyteller and dynamic speaker. As a speaker, he is in constant demand at schools and conferences. Degrees in both psychology and drama give him a unique approach to writing, and his novels always deal with topics that appeal to adults as well as teens, weaving true-to-life characters into sensitive and riveting issues, and binding it all together with a unique and entertaining sense of humor. Neal lives in Jacksonville, Florida, but spends much of his time travelling the world speaking, and signing books for readers. 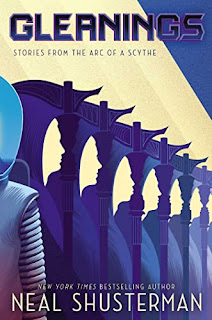 The New York Times bestselling Arc of the Scythe series continues with thrilling stories that span the timeline. Storylines continue. Origin stories are revealed. And new Scythes emerge!There are still countless tales of the Scythedom to tell. Centuries passed between the Thunderhead cradling humanity and Scythe Goddard trying to turn it upside down. For years humans lived in a world without hunger, disease, or death with Scythes as the living instruments of population control.Neal Shusterman—along with collaborators David Yoon, Jarrod Shusterman, Sofía Lapuente, Michael H. Payne, Michelle Knowlden, and Joelle Shusterman—returns to the world throughout the timeline of the Arc of a Scythe series. Discover secrets and histories of characters you’ve followed for three volumes and meet new heroes, new foes, and some figures in between.Gleanings shows just how expansive, terrifying, and thrilling the world that began with the Printz Honor–winning Scythe truly is