Middle Grade Ninja is available on Soundcloud, Stitcher, itunes, Podbean, Podblaster, RadioPublic, blubrry, Listen Notes, Google Play, and many other fine locations.
Author Kyle Lukoff tells the story of how he persisted in publishing and finally landed his dream agent, Saba Sulaiman, who joins him on the podcast. We discuss how they revised Kyle’s newest, TOO BRIGHT TO SEE, how they submitted it to editors, sold it at auction, and are now promoting it as well as selling Kyle’s future novels. We also chat about writing trans characters, the controversy surrounding Kyle’s books about them, being cautious when staying in haunted houses, the terrible truth about Roald Dahl’s THE WITCHES, and so much more. Saba Sulaiman is an agent at Talcott Notch Literary Services, a boutique agency located in Milford, CT. She holds a BA from Wellesley College and an MA from the University of Chicago, where she studied modern Persian literature. In children’s fiction, she is building her Picture Book, Middle Grade and Young Adult lists, and is particularly (although not exclusively) interested in contemporary realistic stories. Being an immigrant who is constantly negotiating her own identity and sense of belonging in a place she now calls “home,” she is committed to highlighting more diverse voices with compelling stories to tell; stories that demonstrate the true range of perspectives that exist in this world, and address urgent and often underexplored issues in both fiction and non-fiction with veracity and heart. Follow her on Twitter @agentsaba and learn more about her at sabasulaiman.com 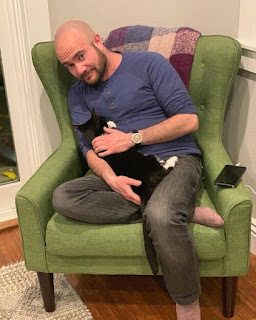 Kyle Lukoff writes books for kids and other people. Right now you can pre-order his debut middle grade novel TOO BRIGHT TO SEE, due out 4/20/2021! Books you can read today include A STORYTELLING OF RAVENS, WHEN AIDAN BECAME A BROTHER (which won the 2020 Stonewall Award!), the MAX AND FRIENDS series, and EXPLOSION AT THE POEM FACTORY.

Kyle spent eight years as an elementary school librarian, but now he writes full time, assists in sensitivity readings and consultations, and presents on children’s and youth literature all across the country. He got hired at a bookstore when he was sixteen, which means he’s been working at the intersection of books and people for well over half his life.

Kyle is represented by Saba Sulaiman at Talcott Notch. Find him on Twitter at @Shekels_Library and Facebook at fb.me/kylelukoffwrites. 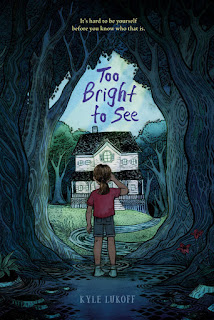 A haunting ghost story about navigating grief, growing up, and growing into a new gender identity

It's the summer before middle school and eleven-year-old Bug's best friend Moira has decided the two of them need to use the next few months to prepare. For Moira, this means figuring out the right clothes to wear, learning how to put on makeup, and deciding which boys are cuter in their yearbook photos than in real life. But none of this is all that appealing to Bug, who doesn't particularly want to spend more time trying to understand how to be a girl. Besides, there's something more important to worry about: A ghost is haunting Bug's eerie old house in rural Vermont...and maybe haunting Bug in particular. As Bug begins to untangle the mystery of who this ghost is and what they're trying to say, an altogether different truth comes to light--Bug is transgender.