Gregg Millman and I talk about his time in Hollywood as a screenwriter and advertising expert, as well as his time working for MSNBC. He gives several practical tips for pursuing a screenwriting career from his time as an assistant on shows such as BOSTON LEGAL to working with Nicolodean on movies such as ONE CRAZY CRUISE. And naturally, we discuss his new middle grade fantasy novel THE KANDY KINGDOM SAGA, which he wrote in collaboration with his nine-year-old son. 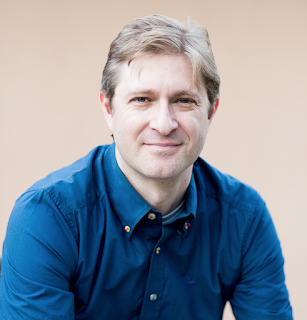 Gregg Millman is a Screenwriter and Middle Grade Novelist, who's created movies, TV shows and novels for kids, including a Nickelodeon movie, ONE CRAZY CRUISE. His new fantasy novel, THE KANDY KINGDOM SAGA, is the first in a series about the adventures of two kids in a magical world of candy torn apart by war between the Sweet Treats and Sour Powers.

Gregg started writing for MSNBC, but realized writing for kids was much more fun. So he moved out to La La Land, where he took his lifelong love of John Hughes teen movies and put it to good use: creating all sorts of kid content, from angsty teen TV soaps to silly Nick movies to post-apocalyptic YA sci-fi series. Gregg has now landed in the alternate dimension of The Kandy Kingdom, where he plans to reside while he completes the book. series. 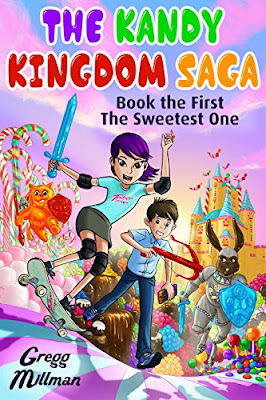 Middle school can be tricky enough. But things get really crazy when two 7th graders are transported to a magical world of candy. With all the sweets they can eat, it seems like heaven. But danger lurks everywhere - monsters, magic spells, and marshmallow mountain avalanches! Can these regular kids lead an army of candy creatures to victory in an epic battle and save Kandy Kingdom?

This humorous, quirky novel is perfect for tween and Middle Grade readers from 8 to 12 years old:

With strong female and male tween leads, this is a quirky, offbeat adventure fantasy filled with awesome action, epic battles, and surprising plot twists. Plenty of jokes and a sense of humor will keep readers laughing along with the wisecracking candy creatures.

GreggMillman.com
Posted by middle grade ninja at 8:32 AM