GUEST POST: "Why Mom is Missing From TRUTH OR DARE" by Barbara Dee 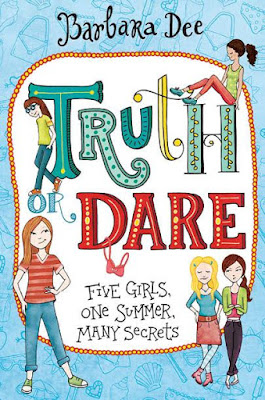 Six years ago, author and children's editor Leila Sales wrote a notable piece in PW about the ubiquitous "dead parent" character in middle grade and YA fiction. She called the "dead parent" storyline "lazy writing" in which the author evokes instant sympathy for the kid protagonist and avoids the difficult task of creating a non-boring adult character.

As a MG author who loves writing adult characters, I know it may seem odd that I chose to "kill off" the mom in my new novel, Truth or Dare. I'm not sure exactly where this impulse came from--except I know it wasn't the product of "laziness." Truth or Dare is about a 12 year old girl named Lia who is feeling like a late bloomer, struggling to catch up to her friends in both physical and social development. The fact that she is mom-less as she faces puberty and friendship issues leads her to reach out to several other women in her life, basically auditioning them as substitute moms. Eventually (and spoiler alert!) she embraces her free-spirited, iconoclastic Aunt Shelby, who lacks some of the characteristics Lia cherished in her mom, but who offers her own quirky brand of support and sympathy.

In a real way, Lia's mom is never absent from the story, because Lia is constantly comparing these other women to her mom, or to her (possibly idealized) memory of her mom. One of the implied themes of the book is: What makes a good mom? Is Aunt Shelby someone you'd want for a mom, or is she better as an aunt? What's the difference between a mom and an aunt? I had great fun creating Aunt Shelby, who is quite nurturing and generous in some ways, but also disastrously self-centered and unpredictable in others. And I think that by portraying this charismatic but exasperating woman, I'm allowing Lia--and the reader--to focus on the qualities that made Lia's mom so beloved: her empathy, predictability, and yes, even her "boringness." I do think that by the end of the book, Aunt Shelby "grows up" a little--just as her niece does--but in certain respects, she remains the immature yin to Lia's mom's yang.

In her PW piece, Leila Sales faults the "dead parent" story as not just "lazy" but also implausible (" It is not believable that so many kids are missing one, if not both parents. Slews of them! Hundreds!").  Yes, point taken: if you look at kid protagonists as representative of the population, you could conclude that few kids live in two-parent families, which obviously isn't the case.

But I came at the "dead parent" character from another perspective. In the awful year before I wrote Truth or Dare, my own son was diagnosed with cancer (he's okay now). Also around this time, a teenager in our town was killed in a car accident when the driver was texting (which is how Lia's mom dies). So I know that while it's highly unlikely, sometimes bad, out-of-the-blue things do happen to family members.

In Truth or Dare, I tried to show that life goes on after tragedy, that it never stops being messy, difficult, sad--and also funny and surprising. I'm hoping readers see Truth or Dare as a positive, humorous book (despite the missing mom character), with one of the happiest endings I've ever written. And I hope it focuses the reader on what it means to "grow up"--which is not the same as being a grownup. 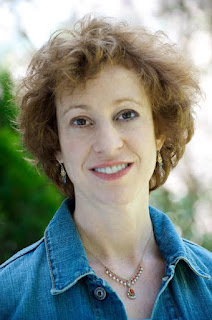 (2010 Bank Street Best Children's Books of the Year), This Is Me From Now On

, and The (Almost) Perfect Guide To Imperfect Boys.
She lives with her family in Westchester County, New York. You can visit her on the web at www.barbaradeebooks.com.

Click here to read my review of Trauma Queen. 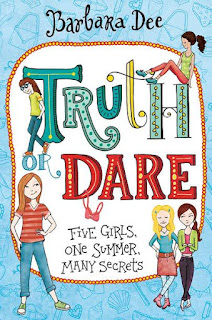 Lia’s four best friends have always been there for her, in good times and bad. It’s thanks to the loyal, supportive friendship of Marley, Abi, Makayla and Jules that Lia’s doing okay after her mom dies in a car crash.
But the summer before seventh grade, Lia’s feeling out of sync with her friends. And after a vacation up in Maine with quirky, unpredictable Aunt Shelby, Lia returns home to find her friends…well, different. For one thing, they’re fighting. Also, they’re competing. And some of them are making her feel like a “late bloomer.”
When her friends launch into a game of Truth or Dare, Lia tells a lie about her summer just to keep up with them. Then she tells another lie. And another. Soon it’s hard to remember what’s a lie and what isn’t. Friendships are threatened, boys are getting kissed (or not), and Lia’s wondering if there’s anyone to confide in. Surely not Aunt Shelby, who means well, but who can’t help being a force of chaos.
In this funny, touching coming-of-age story, Lia learns that it’s possible to face the hardest truths–as long as you have the right people by your side.
"Dee has a keen ear for middle school worries. Her characters talk and act like young adolescents…This is a good book to give to middle schoolers, especially young women on the verge of puberty. They will recognize themselves and their friends and may decide that when it comes to forging friendships, honesty works better than fanciful tales."—School Library Journal
"Although the characters are archetypal, they’re well enough rounded to add excruciating reality and believably illustrate one of the many forms of bullying. Lia’s problems ring fully true, and her eventually learned life lessons are timeless. Entertaining bibliotherapy but also a useful road map to resolution of the age-old problem of severe cattiness."—Kirkus
"Dee captures the anxious intensity of a middle school friend group with crystal clarity and warm sympathy…The book offers plenty of understanding, with some extra wisdom for girls worried about facing the harbingers of adolescence."—Bulletin of the Center for Children’s Books