Preeti Chhibber, host of the Desi Geek Girls podcast, and I geek out over the things we love while discussing her wonderfully geeky new books AVENGERS ASSEMBLY: ORIENTATION, STAR WARS THE CLONE WARS: STORIES OF LIGHT AND DARK, and A JEDI, YOU WILL BE. She shares how working her side hustle talking about stuff she loved online while working a day job in children’s publishing led to her writing PETER AND NED’S ULTIMATE TRAVEL JOURNAL, interviewing the cast of SPIDERMAN: FAR FROM HOME, and a rewarding career. But mostly we talk nerdy about what characters from different fandoms would make for great stories and what superpower would be best to have. 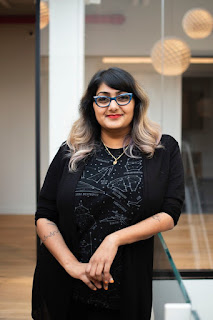 Called “Spider-Man super fan and author” by Publishers Weekly, Preeti Chhibber is a YA author, speaker, and freelance writer. She works as a publishing professional. She has written for SYFY, BookRiot, BookRiot Comics, The Nerds of Color, and The Mary Sue, among others. Her short story, "Girls Who Twirl and Other Dangers" was published in the anthology A Thousand Beginnings and Endings (HarperCollins, 2018). Her first book, Spider-Man: Far From Home: Peter and Ned’s Ultimate Travel Journal was released in June 2019. You can find her co-hosting the podcasts Desi Geek Girls and Strong Female Characters (SYFYWire). She’s appeared on several panels at New York Comic Con, San Diego Comic Con, and on screen on the SYFY Network. Honestly, you probably recognize her from one of several BuzzFeed “look at these tweets” twitter lists. She usually spends her time reading a ridiculous amount of Young Adult but is also ready to jump into most fandoms at a moment’s notice. 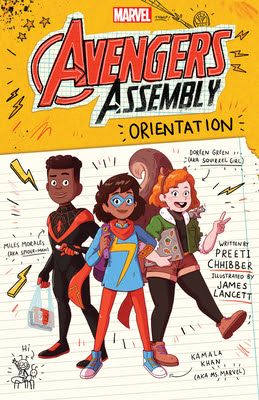 After Kamala Khan AKA Ms. Marvel is caught by news cameras taking on a super villain--and accidentally destroying a building along the way--she gets a letter from Captain Marvel herself! It's great that she's fighting crime and sticking up for people, but maybe a regular school isn't the best place to learn how to do that. If she wants to continue as Ms. Marvel, she's going to need to take on some new extra-curricular activities-mainly, training with other young super heroes alongside the Avengers!

Now Kamala is the new kid at the Avengers Institute. Her classmates are all kids like her, they have special powers, but most of them have gotten into some trouble or drawn attention to themselves. The big news at the Avengers Institute this year? An academic decathlon in which students will group up into teams and compete against each other in super heroics. Kamala and her friends Miles and Doreen will have to go up against a team led by some kids who fight less than fair-and have some trouble with the concept of "fighting for good"-in this funny, action-packed look at some ordinary middle school kids who just happen to have some extraordinary powers.


PreetiChhibber.com
Posted by middle grade ninja at 9:46 AM