Anna Meriano thrills with tales of full contact quidditch, including the time she broke her pelvis, and teases her upcoming book on the subject. We primarily discuss her series LOVE SUGAR MAGIC and the release of its third installment, A MIXTURE OF MISCHIEF. She talks about eating the right cheese at the right time, which introduced her to Cake Literary. She walks me through her interview process and securing a book deal. We also chat about creating rules of magic, keeping track of a large group of characters over a series, inserting joy in diverse stories, parallel universes, and so much more. 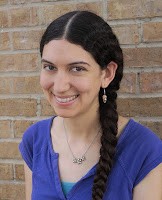 Anna Meriano grew up in Houston, Texas, with an older brother and a younger brother but (tragically) no sisters. She graduated from Rice University with a degree in English and earned her MFA in creative writing with an emphasis in writing for children from the New School in New York. She has taught creative writing and high school English and works as a writing tutor. Anna likes reading, knitting, playing full-contact quidditch, and translating English song lyrics into Spanish and vice-versa. Her favorite baked goods are the kind that don’t fly away before you eat them. 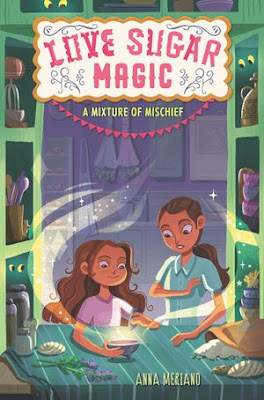 Anna Meriano’s unforgettable family of brujas returns for one more serving of amor, azúcar, and magia, in this breakout series that's been called "charming and delectably sweet." (Zoraida Córdova, award-winning author of the Brooklyn Brujas series)

It’s spring break in Rose Hill, Texas, but Leo Logroño has a lot of work to do if she's going to become a full-fledged bruja like the rest of her family.

She still hasn't discovered the true nature of her magical abilities, and that isn’t the only bit of trouble in her life: Her family’s baking heirlooms have begun to go missing, and a new bakery called Honeybees has opened across town, threatening to run Amor y Azúcar right out of business.

What's more, everyone around her seems to have secrets, and none of them want to tell Leo what's going on.

But the biggest secret of all comes when Leo is paid a very surprising visit—by her long-lost Abuelo Logroño. Abuelo promises answers to her most pressing questions and tells Leo he can teach her about her power, about what it takes to survive in a world where threats lurk in the shadows. But can she trust him?

Posted by middle grade ninja at 9:06 AM