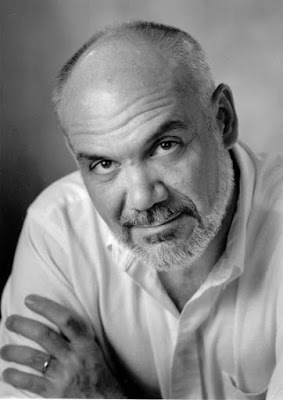 Bruce Coville was born in Syracuse, New York, in 1950. His family lived in farm territory, about twenty miles north of Syracuse. Bruce grew up around the corner from his grandparents' dairy farm, where he spent a great deal of time as a child, dodging cows and chores to the best of his ability. As a young reader he loved Mary Poppins and Dr. Dolittle, and still has fond memories of rising ahead of the rest of his family so he could huddle in a chair and read THE VOYAGES OF DR. DOLITTLE. He also read lots of things that people consider junk (Nancy Drew, the Hardy Boys, Tom Swift, and zillions of comic books). His only real regret is the time he spent watching television, when he could have been reading instead. (A mind is a terrible thing to waste!)

His first book, THE FOOLISH GIANT, was published in 1978. It was illustrated by his wife, Katherine, whom he had married in 1969. This was followed in 1979 by SARAH'S UNICORN, also illustrated by Katherine. After a long period of working separately, the Covilles began collaborating again with SPACE BRAT and GOBLINS IN THE CASTLE, both published in 1992.

Before getting published Bruce earned his living as a toymaker, a gravedigger, a cookware salesman, an assembly line worker, and finally as an elementary school teacher (second and fourth grades). He left teaching in 1981 to devote himself to becoming a full time writer - though it took another five years to achieve that goal!)

Bruce has published over 100 books, which have appeared in over a dozen countries around the world and sold more than sixteen million copies. Among his most popular titles are MY TEACHER IS AN ALIEN, INTO THE LAND OF THE UNICORNS, and THE MONSTER'S RING. In 2001 he founded Full Cast Audio, an audiobook company dedicated to creating unabridged, full cast recordings of the best in children's and young adult literature.

Click here to read my review of My Teacher is an Alien.

Well, at least you allowed me three! This is better than those who want to know the absolute favorite, which changes with the day and my mood.

1. TUCK EVERLASTING by Natalie Babbitt, which I think is the greatest children's book of the second half of the 20th century. I was able to share it with a group of gifted fourth graders back when I was teaching, and their insights and appreciation for the text filled me with joy. It is simply a brilliant book.

2. BLEAK HOUSE by Charles Dickens. He is my favorite writer since I became a mature reader, and this is quite simply the most monumental novel I have ever read.


3. THE HIGH KING by Lloyd Alexander. I love the "Chronicles of Prydain" and this book, the glorious culmination, reduces me to tears every time I reread it. Lloyd's gift for combining humor with drama, adventure, and high emotion has been a model for me for my entire career.

I don't spend nearly as much time writing as I should, or even as much as I want to. My goal is three hours of solid writing per day, but rarely happens anymore. It's partly my own distractibility, and partly how many distractions surround me!

On the plus side, when I am coming in for a landing toward the end of a book, I can sometimes work for hours and hours.

The basic one: writing and sending stuff out.

Oh, both, definitely. You have to have some native talent, and an innate desire to do this thing. But then you have to spend time learning your craft. I am a demon on craft, and think it is a writer's duty to not only master craft, but to spend his or her entire career increasing that mastery.

My favorite thing is something that happens toward the end of a book. The earlier part is usually a struggle as I'm trying to shape the story, understand the elements, arrange the pieces. But once everything is in place the final part of the story or book sometimes comes pouring out, often surprising me with stuff that makes perfect sense but that I hadn't realized until that moment. I love it when that happens!

My least favorite thing is a daily occurence – the struggle to sit down and start! It is so easy to put off doing the very thing I love most. It is a strange aspect of how the brain, or at least my brain, works!

Do not give up. I went to college with people who probably better writers than I was. But they will not be published because they gave up. The three most important aspects in forging a writing career are talent, luck, and bone-headed obstinance.

Though there are dozens of contenders, I've had the good luck to dine with many of my contemporaries.  That leaves the dear departed, and among them it is, hands down, William Shakespeare. For one thing, if we set aside all differences of language, I think it would be a marvelously bawdy encounter. I have written and spoken often about the importance of earthy humor  (fart jokes!), and the great bard was clearly in line with this. We could discuss the adaptations of his work that I have done (seven in all) and I would brace myself for either approval or scorn, hoping for the former. Whatever he thought of how I had toiled to bring his work to young people, I would have had the joy of sitting with one of the greatest scriveners of all time, even if he chose to blow a raspberry at my own efforts. But I think that even if he did, we would have a marvelously merry time exchanging jokes and opinions. I would never want it to end!

brucecoville.com
Posted by middle grade ninja at 11:09 AM

Email ThisBlogThis!Share to TwitterShare to FacebookShare to Pinterest
Labels: 7 Questions For Writers, Bruce Coville, Interview, Middle Grade, My Teacher is an Alien