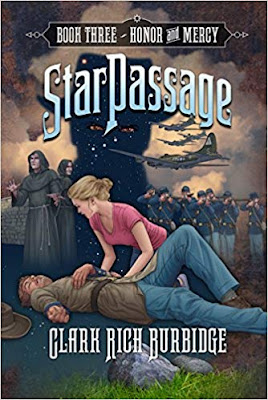 Fall has arrived. It is an exciting sports transition with baseball winding down and football gearing up. It also brings cooler weather and colorful outdoor activities. But for millions of our youth, anxiety and excitement are interwoven in their daily life at school and at home. Doubts swirl in their heads whether they walk through the doors of familiar places or strange new ones.

Last fall our youngest daughter entered her final year of high school with many of these emotions. The story was familiar and we stood ready to support her effort. Several courses posed special challenges for her still developing study habits and attention span.

English Literature was a particular concern. It emphasized classics like Shakespeare, Chaucer and Dickens. I remembered taking the same class as a senior and discovering just how hard it was to stay focused while interpreting Beowulf, The Iliad or Edger Allen Poe. However, her instructor took an interesting approach to the course material. The syllabus stated they would be studying how monsters affect literature. I wondered how long it would take for the catchy title to wear off.

I was honored when the instructor extended the invitation to address and learn from his two senior classes. There was one condition: He required that I discuss my books within his course context, monsters in literature. An interesting discovery awaited and would play out in an unexpected and moving way.

Here are some of the insights shared as discussions ensued:

I began by asking, “What exactly is a monster in literature?” We agreed that monsters can be external figures or entities. These could be real or mythological animals, people or entities like groups or governments who pose a credible threat to the welfare of others. They may have superior powers, intelligence or numbers that make them appear insurmountable and irresistible. This covered the map from the Borg in Star Trek to the Cyclops outwitted by Odysseus in The Odyssey.

We also agreed that monsters in literature may exist within a character in the form of self-doubt, personal weakness, fear or the need to develop certain traits not present but necessary to over come a particular threat. We began a gradual metamorphosis allowing us to view monsters in a new light. Our original assumption that monsters were something threatening to be feared or that threatened began to fade.

A realization dawned that heroes cannot exist in literature without monsters. It is the monsters that create the opportunity for a character to rise from obscurity and find their greatness. This means that the monster is not so much a threat but rather a heroic vehicle. Scrooge needed Marley and visitations from three ghosts to rediscover the good that had always been within. Sydney Carton overcame his internal demons to do a far better thing than he had ever done in A Tale of Two Cities. Evelyn Abbott managed her fears, guilt and helplessness to face and defeat her alien tormentors in the 2018 movie, A Quiet Place.

The pattern became clear. Regardless of threat, fear or personal intimidation, engaging in a courageous act is the necessary path to discovering pre-existing greatness.

The list exposed formidable monsters but we were now able to discuss them in a new light. They became less a threat than a tool designed to propel them toward self-discovery and achievement.

Like those who became heroes in literature, the key is to resist becoming a hopeless victim and face that personal monster. Overcoming naturally follows with time patience and determination.The process more than the outcome produces the victory literally transporting the hero to a different place not achievable without the experience.

We can all learn from literature how to become the hero of our own story. Sometimes the heroic act simply means continuing to take another step forward and lean into the storm. By doing so we can discover powerful potential hidden within.

Each success produces greater confidence which is multiplied as we share our new-found learnings with those struggling along the same path. Real heroes raise themselves and everyone they touch. The most powerful aspect of this process is the realization that no fictional or real hero is ever alone. There are those placed along the way to lift us when we fall or provide an extra nudge when our energy seems spent. We also can become that critical resource to others as we pass it on.

The bell rang, but something had changed. They sat momentarily before bolting for the door and looked at each other with new understanding. The fear of personal monsters was overshadowed by the light of newborn understanding. Every student has the power to become a hero. Monsters will always be part of the story but they do not make us victims. They are tools that help serve a higher purpose as each student strives to overcome. That is how heroes are born. 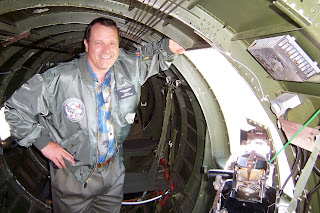 Clark Rich Burbidge is a multiple award winning author of middle reader, teen and young adult fiction. His Giants in the Land and StarPassage trilogies may be found at www.giantsintheland.com and www.starpassage.com or at most online and regular bookstores. His national Live with the Heart of a Giant Tour is available for school, community and faith based groups. He and his wife Leah love life in the high mountain valleys of the Rockies with their ever-expanding blended family of ten children and six grandchildren. 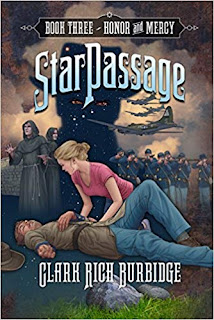 The Gold Medal-winning saga continues with Book Three in the StarPassage series.

Teenage Mike longs to help a struggling new patient who may hold dangerous secrets. An evil Tracker has escaped to the present, bringing with him plans to end the world. New and more deadly passages await. Is there a traitor in their midst already? How can they fight what they cannot see? Is it safe to use the relic at all? Or…does the relic have its own secret plan?


Join the growing band of travelers as they resist the powerful Trackers at every turn while trying to solve the relic's riddles and guard against the ever-growing risk of betrayal. It's a wild ride where hope and survival hang by a slender thread, woven by an ancient relic that becomes more mysterious with every page turned.


starpassage.com
Posted by middle grade ninja at 11:14 AM