Author Darby Karchut and I discuss her new middle grade novel, Del Toro Moon, as well as her advice for writers and thoughts and writing and publishing in general. We also chat a bit about our mutual love for author Mike Mullin. Late in the show, there are some slight technical issues with the video, but the audio is continuous and this was an amazing conversation I really enjoyed.

Makes sure you check out Darby's guest post, Be Like Michelangelo, as well as her original interview when she faced the 7 Questions.

And now, enjoy the fourth episode of Middle Grade Ninja: 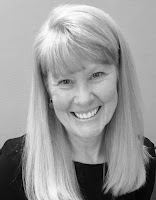 Darby Karchut is a multi-award winning author, dreamer, and compulsive dawn greeter.  A proud native of , she now lives in the foothills of the , where she runs in blizzards and bikes in lightning storms. When not dodging death by , Darby is busy at her writing desk. Her books include the best selling middle grade series: THE ADVENTURES OF FINN MacCULLEN. Best thing ever: her YA debut novel,  RISING, has been optioned for film. Her latest book, DEL TORO MOON, releases October 2 from Owl Hollow Press. Visit the author at www.darbykarchut.com 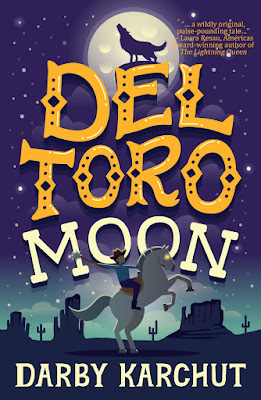 “Ride hard, swing hard, and take out as many of those creepy critters as you can.”

Twelve year old Matt Del Toro is the greenest greenhorn in his family’s centuries-old business: riding down and destroying wolf-like monsters, known as skinners. Now, with those creatures multiplying, both in number and ferocity, Matt must saddle up and match his father’s skills at monster whacking. Odds of doing that? Yeah, about a trillion to one. Because Matt’s father is the legendary Javier Del Toro—hunter, scholar, and a true caballero: a gentleman of the horse.

Luckily, Matt has twelve hundred pounds of backup in his best friend—El Cid, an Andalusian war stallion with the ability of human speech, more fighting savvy than a medieval knight, and a heart as big and steadfast as the Rocky Mountains.

Those skinners don’t stand a chance.