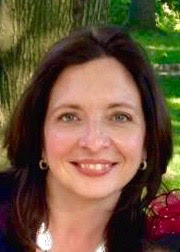 After eight years at Berkley Publishing, Kim Lionetti left her position as Senior Editor to join BookEnds in March 2004. While there, Kim enjoyed overseeing an eclectic list comprised of romances, westerns, young adult, mysteries, nonfiction, and general fiction. While she's narrowed her focus a bit with the books she represents, she still enjoys using her editorial skills to help authors shape their work into more marketable products and helping them to see their writing as part of the "bigger picture."

Kim's obsession with books began in middle school when she was introduced to her grandmother's collection of gothic romances by Phyllis Whitney, Victoria Holt, and Mary Stewart. To this day, Kim harbors a soft spot for dark, tortured heroes, but also enjoys a good romantic comedy. A member of AAR, Kim is looking for fresh voices and compelling storytelling.

Originally from Pennsylvania, Kim currently resides in New Jersey with her son, daughter, cat, guinea pig, and very patient husband, who puts up with her crushes on Mr. Darcy, Eric Northman, blind dukes, and Ryan Gosling.

Kim's areas of interest are women's fiction, historical and contemporary romance, cozy mysteries, and young adult fiction (except fantasy or sci-fi). She'd love to be invited to speak at a SCBWI chapter meeting or conference.

It’s just impossible to pick only 3!  So I’m dreaming up 3 categories and my favorites in each…

Favorite classics:  JANE EYRE by Charlotte Bronte and anything Austen or Dickens (And not to cheat by jumping to the next question, but I also love any movie or mini-series adaptation of any of these!   I think Johnny Lee Miller as Knightley is my favorite!)

Nostalgic favorite:  SNOWFIRE by Phyllis Whitney — It launched my love of all gothic romances, which I shared with my mother and grandmother.  When I was in high school I wrote a letter to Phyllis Whitney and received a lovely response back.  I still have that letter.

More recent favorites: THE FIFTH WAVE by Rick Yancey, THE FAULT IN OUR STARS by John Green and ME BEFORE YOU by Jojo Moyes

"The X-Files” — I’m so happy that Scully and Mulder are back (for now anyway)! I re-watched many, many of the old episodes in preparation for the new season and it just reminded me how brilliant it was.  The way their relationship was written and acted is unparalleled.

“Outlander” — So well done and unlike anything else on television.

“Notorious” — The Alfred Hitchcock film with Cary Grant and Ingrid Bergman.  I’m a sucker for almost anything Hitchcock and, well…. Cary Grant.

Right now, I’m most eager to find a YA thriller that’s both suspenseful and emotional, and  women’s fiction that’s both moving and romantic (ala Jojo Moyes).

My favorite thing is helping authors realize their dreams.  I know that sounds corny, but it’s true.  I recently made a first sale for a new YA client.  I love her book so, so much. I was already on top of the world when I received the offer, but then when I was able to share the news with her, and listen to her reaction… it was awesome.  I was literally jumping up and down and crying happy tears that day.  Best feeling in the world.

My least favorite thing is having to nag editors.  I was an editor for over eight years so I know how busy they get, but now I understand the authors’ frustrations when waiting and waiting for answers.   Now that I’m on the other side of the fence, I need to nudge — a lot — to get responses.  I hate pestering, but it’s a necessary part of the job.

Perseverance is probably the most important quality for any successful author.  I think what some writers don’t understand is that you don’t have to just persevere until you get published.  You have to be perseverant for the entirety of your career.  If that third book doesn’t take off, then you have to be just as determined as you were before you received your first publishing contract.  Be open-minded about how you’re going to build yourself a successful writing career.  That doesn’t mean you have to be a “sell-out”, but maybe there’s more than one way to get to where you want to be.

Don’t ever give up.  But also, don’t ever think it’s going to be easy.  Being a writer is never going to be an easy job.  But as Phyllis Whitney wrote to me in her letter: “You write, because you HAVE to write.”  And it may be a hard, hard road, but it can also be so very rewarding.

Phyllis Whitney, but I’d want it to be a whole heavenly book club meeting.  I’d want my mom there and my late grandmother too, since most of my gothic romance collection belonged to her first.  My grandmother died when I was just 11 years old, but I still feel so connected to her when I hold those books in my hands.

bookendsliterary.com
Posted by middle grade ninja at 10:59 AM