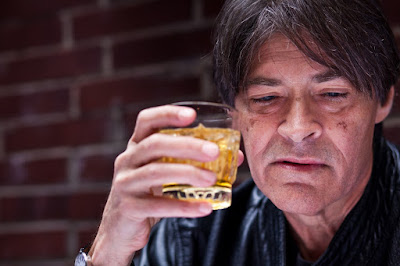 Jack Ketchum is the pseudonym for a former actor, singer, teacher, literary agent, lumber salesman, and soda jerk–a former flower child and baby boomer who figures that in 1956 Elvis, dinosaurs and horror probably saved his life.

His first novel, Off Season, prompted the Village Voice to publicly scold its publisher in print for publishing violent pornography. He personally disagrees but is perfectly happy to let you decide for yourself. His short story The Box won a 1994 Bram Stoker Award from the HWA, his story Gone won again in 2000 — and in 2003 he won Stokers for both best collection for Peaceable Kingdom and best long fiction for Closing Time.

He has written over twenty novels and novellas, the latest of which are The Secret Life of Souls, The Woman and I’m Not Sam, written with director Lucky McKee. Five of his books have been filmed to date — The Girl Next Door, The Lost, Red, Offspring and The Woman, the last of which won him and McKee the Best Screenplay Award at the prestigious Sitges Film Festival in Spain.

His stories are collected in The Exit At Toledo Blade Boulevard, Broken on the Wheel of Sex, Sleep Disorder (with Edward Lee), Peaceable Kingdom and Closing Time and Other Stories. His novella The Crossings was cited by Stephen King in his speech at the 2003 National Book Awards. In 2011 he was elected Grand Master by the World Horror Convention.

Jack Ketchum has long been a personal hero of mine as he's cost me no small number of nights' sleep, an experience I've relished so much it's kept me coming back to him again and again. His prose is the kind of fearless that makes a reader want to give a standing ovation and tell everyone you know somebody wrote something that good. I've reproduced entire sections of Off Season and The Girl Next Door (a decidedly un-middle-grade thing to do) on my computer. My thought at the time was that even if I couldn't write the finest in horror fiction, I could at least type it:)

If you love horror the way I do, Esteemed Reader, you might be as excited about this interview as I am. If you just love fine writing, read this guy and note the precision of language and seemingly simple choices that add up to a terrifying whole.

When I grow up, I want to write like Jack Ketchum.


Aww, come on...I read an even 100 books last year alone and loved many of them.  How about the top three I hated?

My writing's erratic.  If I'm working on a long piece I write every day for about three hours before I go brain-dead.  Revisions I can go six or seven.  But I take long holidays from doing any writing at all.  Like John D. MacDonald's Travis McGee, I score a good one and then lay fallow for a while.  I read every morning for about an hour over coffee before I start the day, then intermittently during the day and evening.

I was an author's agent for about three years and finally figured, if I can sell some of this garbage I can probably sell my own.

Both, I think.  It comes from learning to love reading and usually somebody encourages you in that. For me it was my mom, and then some fine teachers in high school and college.  You love reading and you think, hell, I'd like to try that.  It must be great fun to create all these different worlds for yourself and Iive in them for a while.  Then you try it, and it is!

My least favorite thing is the business aspect, having to deal with who owes you what and when, dealing with the IRS for foreign sales and expenditures, fine-tuning contracts.  Luckily I have a wonderful agent, Alice Martell, who takes care of most of that nonsense.

Apply a** to chair.  Read enormously and widely before you even begin to have the temerity to foist your stuff on us.  Don't copy, steal judiciously.  And as Robert Bloch told me when I was just a kid, if you don't have to write, please don't.

I'd love to have Jewish deli one more time with Bob Bloch.  I think he'd be proud of me.