Middle Grade Ninja is available on Soundcloud, Stitcher, itunes, Podbean, Podblaster, RadioPublic, blubrry, Listen Notes, Google Play, and many other fine locations.
Victoria Bond and I discuss ZORA AND ME: THE SUMMONER, the third book in her trilogy with coauthor T.R. Simon, and the collaboration that made it possible. We talk about Zora Neale Hurston, writing historical fiction, and depicting the ugly truth of America’s racist past in literature for younger readers. We also chat about zombies, money in publishing (and the lack thereof), Vicky’s time as an assistant in a literary agency, Stephen King, John Keats, actual ghost stories, and so much more. 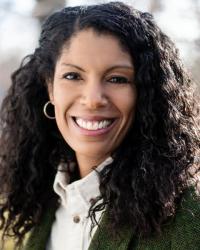 Victoria Bond is a writer and professor. Her novel, Zora and Me, co-written with T.R. Simon, won the John Steptoe/Coretta Scott King Award for New Talent and was nominated for an Edgar Award in the category of Juvenile Fiction. Zora and Me was also a Junior Library Guild Selection, ABC New Voices Selection, SIBA Okra Award Winner, Fall Indie Next Top Ten Pick, Kirkus Best of 2010 Children's Books, Booklist 2010 Editor's Choice, The New York Public Library 2010 list of 100 Titles for Reading and Sharing, the Winner of an AudioFile Earphones Award, and a 2014 World Book Night U.S. pick.
Victoria holds a MFA in poetry. The occasional essayist on issues both personal and pollical, she teaches first-year writing at John Jay College, The City University of New York. Victoria lives in New Jersey a short drive from where she grew up with her husband, son and their beloved pit-bull. 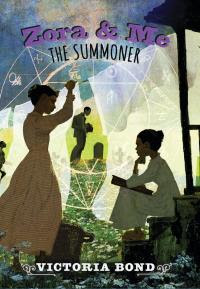 In the finale to the acclaimed trilogy, upheaval in Zora Neale Hurston’s family and hometown persuade her to leave childhood behind and find her destiny beyond Eatonville.
For Carrie and her best friend, Zora, Eatonville—America’s first incorporated Black township—has been an idyllic place to live out their childhoods. But when a lynch mob crosses the town’s border to pursue a fugitive and a grave robbery resuscitates the ugly sins of the past, the safe ground beneath them seems to shift. Not only has Zora’s own father—the showboating preacher John Hurston—decided to run against the town’s trusted mayor, but there are other unsettling things afoot, including a heartbreaking family loss, a friend’s sudden illness, and the suggestion of voodoo and zombie-ism in the air, which a curious and grieving Zora becomes all too willing to entertain.
In this fictionalized tale, award-winning author Victoria Bond explores the end of childhood and the bittersweet goodbye to Eatonville by preeminent author Zora Neale Hurston (1891–1960). In so doing, she brings to a satisfying conclusion the story begun in the award-winning Zora and Me and its sequel, Zora and Me: The Cursed Ground, sparking inquisitive readers to explore Hurston’s own seminal work.
VictoriaBondAuthor.com
Posted by middle grade ninja at 8:17 AM