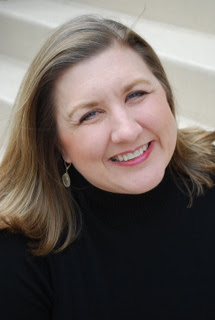 Susan grew up in California, got a bunch of engineering degrees (B.S. Aerospace Engineering, M.S. Mechanical Engineering, Ph.D. in Environmental Engineering) and worked everywhere from NASA to NCAR (National Center for Atmospheric Research). She designed aircraft engines, studied global warming, and held elected office (as a school board member). Now that she writes novels, her business card says "Author and Rocket Scientist," but she mostly sits around in her pajamas in awe that she gets paid to make stuff up.

All her engineering skills come in handy when dreaming up dangerous mindpowers, future dystopic worlds, and slightly plausible steampunk inventions. For her stories, of course. Just ignore that stuff in the basement.

Susan writes from the Chicago suburbs with her three boys, two cats, and one husband. Which, it turns out, is exactly as much as she can handle.

At the moment, Hugh Howey’s Half Way Home has invaded my brain and taken up residence. I listened to it on audio, and it was just beautiful, brilliant, and moving. I have a new target to aspire to, in terms of authorly awesome. I used to want to write a book as awesome as Scott Westerfeld’s Leviathan, or Holly Black’s White Cat, or Suzanne Collin’s Hunger Games, all for their brilliantly inventive storytelling and fantastic voice. But Hugh is my new benchmark for his ability to combine beautiful words with heart-wrenchingly moving stories.

As much as I possibly can, often to the detriment of sleeping, personal care, and domestic duties. At least I haven’t started drinking scotch or smoking cigars—aren’t those supposed to be the proper vices for writers? In all seriousness, I’m trying to transform my writing addiction into something that resembles writing efficiency, and I’m reclaiming more time for my passion for reading.

A delightful question! Wish I had a simple answer for that. For my first novel (Life, Liberty, and Pursuit, a YA romance), a small-press publisher came to me: an early beta-reader had joined their team, and she was in love with the story. I never actually planned on publishing that one, but I decided it would be a great learning experience. And it was!

I queried a couple other novels before deciding to self-publish Open Minds, the first in my YA SF Mindjack Trilogy. The time ever since has been a head-long, dead-run of writing, publishing, rinse, repeat. Now, I’m a firm believer in indie publishing. I’ve had some interest from other publishers, and I won’t rule out releasing a book through a publisher in the future, but it will have to be the right offer for the right book. Generally speaking, I’m concentrating on writing the books I want to write first, then figuring out the right publication path for them second.

Writers simply are—born into the world with a unique perspective, molded by their experiences, and intentionally brought into being by a dedication to learning the craft. Writing is thinking; writing well is clear thinking. Everyone is capable of doing this, but not everyone devotes the time to learning the craft to do it well.

I came to writing fiction as a career later in life (taking turns as an engineer, scientist, and politician first), but I was always thinking, consuming the world, and using words to describe my perspective on it. I’m self-taught in the craft of fiction writing, believing that my Ph.D. in engineering entitles me to opt out of the classroom and design self-study programs in things I want to learn. (Which is not to say that some writing workshops aren’t worthwhile – I’m attending two this fall given by masters in the craft).

Writing has allowed me to become whole, integrating all the sides of me: analytical, adventurous, emotional, intellectual. I love that it’s opened up this whole other side of me, giving me a passion I plan to follow the rest of my days.

My least favorite thing is that it taps into all my fears simultaneously. I understand (now) that fear is part of the process, but why couldn’t free martinis be part of the process? Or extra shiny hair? Snakes. Why did it have to be snakes? #gratiutousIndianaJonesReference

Don’t hold back: be merciless to your characters and to yourself. Dive into what scares and frightens and excites you. Dare to be your truly authentic self—in the creativity business, that uniqueness is your main asset. Don’t fear it; treasure it. And hunt it down with a knife.

I’d have lunch with Hugh Howey. I’ve already had dinner with him, so lunch would be a nice variation. I’m sure there’s more I can learn from him about the craft and business, and I was able to control my fangirling (mostly) the first time. If he’s booked, I’d love to chat up Scott Westerfeld, just so I could listen to his wild creativity in person. He enthralled me the one time I heard him speak, and I’m sure he has more for me to soak up.


Posted by middle grade ninja at 8:03 AM