Author Tommy Greenwald and I discuss his career in publishing and his advice for writers. We do a deep dive on his process from having his initial idea to planning the story to planning a series and working with his editors and illustrators to produce a final book. He gives several invaluable insights into marketing and targeting his fiction. We also talk about his experience writing and advertising musicals as well as writing about sports. 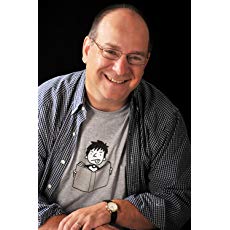 Tommy Greenwald is the author of many books for children, including the CRIMEBITERS! series, about a group of friends and a (possibly) superhero crime-fighting vampire dog, and the CHARLIE JOE JACKSON books, a middle-grade series about the most reluctant reader ever born. His most recent book is GAME CHANGER, about the pleasures and perils of youth sports.
Tommy is also the Co-Founder of Spotco Advertising, a theatrical and entertainment advertising agency in New York City, and the lyricist and co-bookwriter (with Andrew Lippa) of JOHN and JEN, a 1995 musical which was revived off-Broadway in 2015. 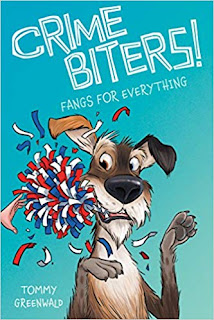 From the author of the Charlie Joe Jackson series comes the fourth and final book in the humorous illustrated series about a boy whose new dog may or may not be a crime-fighting vampire.
The CrimeBiters gang got its start with help from my crime-fighting vampire dog, Abby. But now, I'm starting to wonder if she's really a vampire at all. . .
That's mystery I'm going to have to solve on my own. The rest of the Crime-biters are pretty busy with their own stuff. Irwin's planning an epic birthday party for the ages, Baxter's worrying about his brother enlisting in the army, and Daisy is cartwheeling her way through cheerleading practice (shudder!).
There's only one person I can turn to: the best vampire fiction writer that ever lived, Elroy Evans. He's coming to the nearby COM-MIX convention and I have to ask him the question that's threatening to drive a stake through my heart. Can a dog really be a vampire?