Literary Agent John Rudolph and I discuss his career in publishing from his start as a reluctant reader in childhood to becoming an editor to his current role as a literary agent with Dystel, Goderich and Bourret LLC. He offers a ton of great advice about how to evaluate an agent and how to engage one professionally and demystifies the role of an agent. We chat about diversity in publishing, the indie publishing revolution, and so much more. This is another topnotch episode packed end-to-end with quality information to help authors improve their craft. Don't miss it! 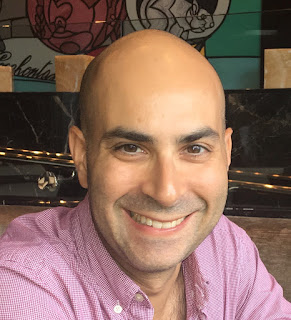 John Rudolph joined Dystel, Goderich and Bourret LLC in 2010 after twelve years as an acquiring children’s book editor. He began his career at Simon and Schuster Books for Young Readers as an Editorial Assistant and then moved to the G. P. Putnam’s Sons imprint of the Penguin Young Readers Group, where he eventually served as Executive Editor on a wide range of young adult, middle-grade, nonfiction, and picture book titles. He graduated from Amherst College with a double major in Classics and Music. While John’s list started out as mostly children’s books, it has evolved to the point where it is now half adult, half children’s authors —and he’s looking to maintain that balance. On the children’s side, John is keenly interested in middle-grade and young adult fiction and would love to find the next great picture book author/illustrator. For adults, he is actively looking for narrative nonfiction, especially in music, sports, history, popular science, “big think”, performing arts, health, business, memoir, military history, and humor. He is also interested in commercial fiction, but is very selective in what he takes on.