Max Brallier and I discuss the phenomenon of his series THE LAST KIDS ON EARTH, which has spawned a show on Netflix, video games, action figures, and more. We chat about the inherent darkness of a zombie apocalypse and how to navigate it in a fun story intended for younger readers as well as why it’s necessary to plan for an ending. We also talk about how Max reviewed movies for the local paper as a kid, how working in marketing for St. Martin’s Press set him up for success, moral dilemmas in videogames, CHARLIE SHEEN: VATICAN ASSASSIN WARLOCK, and so much more. 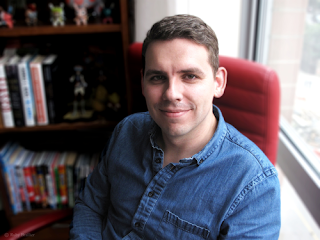 He is the creator and writer of Galactic Hot Dogs, a goofy middle-grade adventure series, and has written books for properties including LEGO, Adventure Time, Regular Show, Steven Universe, and Uncle Grandpa. Max has written for adults, including the pick-your-own-path series Can YOU Survive the Zombie Apocalypse? and an entry in the zombie anthology Nights of the Living Dead. In the olden days, Max was a game designer for the virtual world Poptropica and worked in marketing at St. Martin's Press. Max lives in New York with his wife, Alyse, and baby daughter Lila (who is a real cutie-pants). 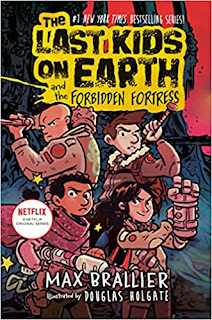 The highly-anticipated eighth book in the #1 New York Times, Wall Street Journal, and USA Today bestselling series, with over 10 million copies in print!Picking up after Quint and Dirk's Hero Quest, the Last Kids are happily reunited—but quickly faced with a monstrous new mission. Inside an other-dimensional fortress, the evil Thrull, alongside a vile new villain, is carrying out a sinister plan. Jack, Quint, June and Dirk must make their own plans to infiltrate the stronghold before Thrull gets any closer to completing the mysterious Tower, a structure that could ultimately spell doom for this dimension.

Posted by middle grade ninja at 8:15 AM