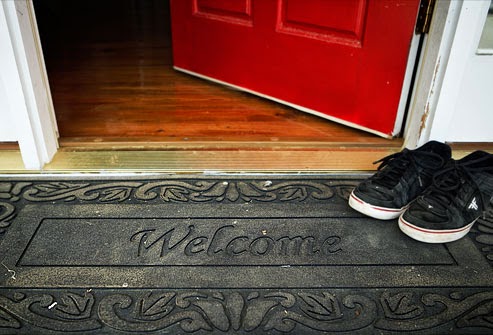 Do you have thoughts on writing and/or publishing, Esteemed Reader? Would you like to share those thoughts with the world, or at least, the portion of the world that reads this blog?

Then my blog is your blog, my Esteemed Readers can be your Esteemed Readers. If you have something interesting to say and can say it in less than 2,000 words, email me. I'd like to fill up this page of guest posters with thoughtful posts a notch above what regular Esteemed Readers expect:)

In less than a year, I've become an author as well as a father and I'm busy, busy, busy doing things I mostly love, such as preparing audio book versions of my stuff. I have to type this fast before Little Ninja screams for his morning bottle, at which point I'll transition to editing the middle grade book I'm writing for next year (so nice to work on a story in which no one gets eaten by a zombie).

As a result, this blog is going to remain as slow as it's been. I'll still be reviewing books once in a long while and I'll still refer to them as Book of the Week posts, I guess in memory of their previous frequency. But I have a hard time just now responding to review requests, let alone accepting them. And posts like this one will remain rare.

I so admire Hugh Howey (you know, of course, because I never shut up about him and I made gratuitous references to Wool in All Right Now). He gets involved in interesting author issues and keeps an amazing blog I read every week. I admire that he doesn't have to do squat (his books are selling just fine whether he advocates for authors or not) and it would probably be in his best interest to say nicer things about traditional publishers or at least not to encourage his competition. You don't see James Patterson running around telling other would-be authors specifically how they can cut in on his fan base (quite the opposite), though he will let up-and-comers write his books for him:)

Hugh Howey doesn't have a new baby. I'm not convinced it would slow him down much if he did, but it slows me down and I also work 40 hours a week in a completely unrelated field. Even if I had the talent to compare myself to Hugh Howey, I don't have the same lifestyle, so I'm just gonna focus on being the best me I can be. If I reach the point where I can write full time, I'll make regular posting here more of a priority and I might even get informed enough to tackle publishing issues (the internets need my take on Amazon v Hachette: Dawn of Justice).

Every month, my royalty checks are growing and I've got more books on the way. Making a living as a writer is no longer an impossible dream of mine. Writing could one day be a practical way to support my family. I've been publishing for less than a year and to date I've got one novel and two shorter works earning for me--and they are earning. It kind of blows my mind to see how many people are willing to part with cash for something I've written, but not only are strangers buying my books, they're buying T-shirts (more on that in a moment).

So, in the event all these newfound readers don't disappear and I continue to reach new ones through word of mouth (how else can I explain strong sales in India where I've never been?), I could reach a point of dependable income from writing. At this moment I don't see this as the inevitable outcome of my efforts, only as a possible outcome, but that in itself is amazing and inspires me to write every morning. Because if I'm doing this well on three ebooks, how well will I do on four? Five? Ten? There's only one way to find out and this quest makes writing books more fun than it's ever been.

While I'm busy finding out, this blog needs posts! So if you're looking for a way to reach new readers, and if you're a writer, you should be, why not try reaching my readers? I'm calling all authors and publishing professionals who have something interesting to say. Why not say it here?

And that's it, except I wanted to comment on that T-shirt link that now appears in the upper left-hand corner of the blog. A while back I had a shirt made of the All Together Now cover so I could wear it around as a billboard because I'm shameless and also because I'm proud of that book and Mike Mullin has an Ashfall T-shirt  he wears to meetings of the YA Cannibals and it made me jealous:) Since then, several folks have asked me where they could get their All Together Now shirt, which is awesome, but I didn't want to have to make a new shirt every time someone asked.

So now I have a Zazzle store with T-shirts bearing all my book covers. I can't imagine I'm going to get rich, but that's not really the point. Most of the items available there are either things I want (heck yes I want a Banneker Bones light switch cover!), my friends want, or that I think it's funny to create. I don't know who's going to use the All Right Now pacifier, but it amuses me that it exists and I cackle every time I see the Pizza Delivery cutting board. And why not? One day soon we'll all be dead, so let's have some fun now:)

Posted by middle grade ninja at 9:47 AM