Middle Grade Ninja is available on Soundcloud, Stitcher, itunes, Podbean, Podblaster, RadioPublic, blubrry, Listen Notes, Google Play, and many other fine locations.
Melissa de la Cruz and I discuss the differences between writing original stories such as her newest, NEVER AFTER: THE THIRTEENTH FAIRY, and her best-selling series THE NEW BLUE BLOODS COVEN, and writing for established intellectual property, such as THE DESCENDANTS and GOTHAM HIGH. She also shares how she built her author career by first writing for magazines, how she keeps continuity in her many series, how being married to a writer influences her writing life, how to manage a writer’s ego, how to market a book in the time of COVID-19, and so much more. 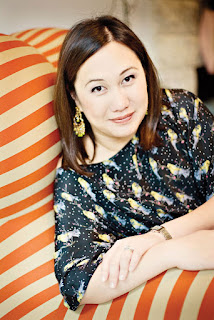 Melissa de la Cruz is the #1 New York Times, #1 Publishers Weekly and #1 IndieBound bestselling author of Isle of the Lost and Return to the Isle of the Lost as well as many critically acclaimed and award-winning novels for readers of all ages. Her books have also topped the USA TODAY, Wall Street Journal and Los Angeles Times bestseller lists and have been published in more than twenty countries.A former fashion and beauty editor, Melissa has written for the New York Times, Marie Claire, Harper's Bazaar, Glamour, Cosmopolitan, Allure, the San Francisco Chronicle, McSweeney's, Teen Vogue, CosmoGirl! and Seventeen. She has also appeared as an expert on fashion, trends and fame for CNN, E! and Fox News.Melissa grew up in Manila and moved to San Francisco with her family, where she graduated high school salutatorian from the Convent of the Sacred Heart. At Columbia University, she majored in art history and English. Today she lives in Los Angeles and Palm Springs with her husband and daughter. 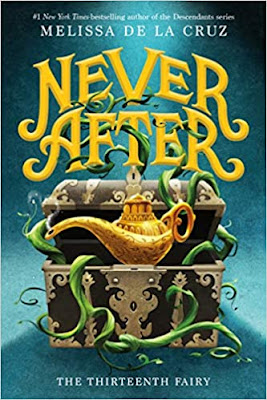 Real life and fairy tales collide in Never After: The Thirteenth Fairy, book one in the new middle-grade Never After series from the #1 New York Times bestselling author of The Descendants series, Melissa de la Cruz.Nothing ever happens in Filomena Jefferson-Cho’s sleepy little suburban town of North Pasadena. The sun shines every day, the grass is always a perfect green, and while her progressive school swears there’s no such thing as bullying, she still feels bummed out. But one day, when Filomena is walking home on her own, something strange happens.Filomena is being followed by Jack Stalker, one of the heroes in the Thirteenth Fairy, a series of books she loves about a brave girl and her ragtag group of friends who save their world from an evil enchantress. She must be dreaming, or still reading a book. But Jack is insistent―he’s real, the stories are real, and Filomena must come with him at once!Soon, Filomena is thrust into the world of evil fairies and beautiful princesses, sorcerers and slayers, where an evil queen drives her ruthless armies to destroy what is left of the Fairy tribes. To save herself and the kingdom of Westphalia, Filomena must find the truth behind the fairytales and set the world back to rights before the cycle of sleep and destruction begins once more.
Melissa-delaCruz.com
Posted by middle grade ninja at 8:31 AM