Carrie Seim and I discuss her newest novel, HORSE GIRL, as well as her bestselling audiobook, THE FLYING FLAMINGO SISTERS, and her performance of both. We talk about her time as a writer for Nickelodeon and a performer on INSIDE AMY SCHUMER, her audition for Saturday Night Live, how she combined her training in improvisational comedy with The Groundlings and her freelance writing career to become an ardent plotter of stories for children, an amazing tale of Area 51, the importance of deadlines, a caterpillar that might be the key to everything, and so much more. 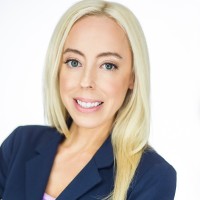 Carrie is the creator of The Flying Flamingo Sisters, the best-selling Audible series, hailed by The New York Times as a Best Audiobook for Road Trips with Kids. She is also author of HORSE GIRL, her new comedic novel for Penguin Random House. Carrie has served as a staff writer for several Nickelodeon comedy variety shows, while her essays on awkwardness are featured in the book Mortified: Life is a Battlefield. As a journalist and essayist, she has written for The New York Times, The Atlantic, Cosmopolitan, The New York Post, McSweeney's, Architectural Digest, Condé Nast Traveler and NPR's UnFictional. An alum of Northwestern University and The Groundlings comedy theatre, Carrie has appeared Inside Amy Schumer. Dang it, *on* Inside Amy Schumer. You can hear her voice narrating audio books, animated series and commercials (where she's played everything from an evil robot to a sassy pickle). She has also appeared on E! TV, the Today Show and performed her own sketch show, Midwestern Wisdom, at the Comedy Central Stage. Her original animated web series Bad Moms in Movie History was featured on HGTV's uLive. 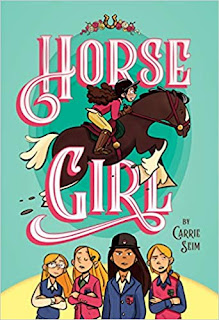 "This book is funny and exciting. Beautifully portrays both the pleasures and risks of riding horses and also of being a teen. Very original, and a great pleasure to read."--Jane Smiley, Pulitzer Prize-winning author
Wills is a seventh grader who's head-over-hoof for horses, and beyond excited when she gets the chance to start training at the prestigious Oakwood Riding Academy. But Amara--the Queen of the #HorseGirls--and her posse aren't going to let the certifiably dork-tagious Wills trot her way into their club so easily. Between learning the reins of horse riding, dealing with her Air Force pilot mom being stationed thousands of miles from home, and keeping it together in front of (gasp!) Horse Boys, Wills learns that becoming a part of the #HorseGirl world isn't easy. But with her rescue horse, Clyde, at her side, it sure will be fun.
Complete with comedic, original hoof notes to acquaint the less equestrian among us, Horse Girl delivers everything a young readers wants: mean girls, boy problems, and embarrassingly goofy dad jokes. And it does so on the back of a pony.
HorseGirlbBook.com
CarrieSeim.com

Posted by middle grade ninja at 9:31 AM