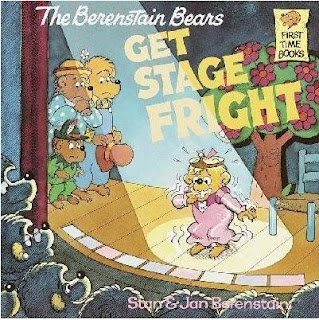 I spent a year studying at the university level to be an actor and acted in my share of plays, but I soon realized I didn’t have the absolute commitment to the craft required to be successful. Remember how Christian Bale starved himself half to death for The Machinist and then put on a bunch of muscle to be Batman? Yeah, I like eating and living a relatively normal life too much to even think about doing that. Unless, of course, I were guaranteed the role of Batman and then you don’t want to know what all I’d be willing to do.

But this isn’t to say that my time studying acting wasn’t useful. It absolutely was and I recommend all writers act in something. Physically portraying a fictional character is different than writing from a character’s perspective, but much of the process for getting into the character’s mindset is the same. Trying to find that shared experience (however dissimilar) or opinion to unlock the character for me is the same and I still use acting techniques on a daily basis to inform my writing.

My current main character is an eleven year old boy and I brainstorm mannerisms, expressions, and thought processes for him. I try to see the world from his perspective and to understand the thoughts he has that lead to his actions. I don’t put on a costume and until the book is in Esteemed Reader’s hands, there is no audience feedback to help me hone my performance. But it is a performance and the process for preparing it is the same.

My hero Stephen King says that all of his characters are him and the women are just him in a dress (what a lovely image). I don’t know if that’s true for me (some characters, especially the scary ones, seem very much outside of me). But I do know that every character is my interpretation of how such an individual would react to the fictional circumstances. If my eleven-year-old starts to sound like a video-game playing ninja who loves middle grade books, I’m in trouble. He has to sound like him and when I’m writing him, I have to sound like him (but that stops as soon as writing time is over or my wife wouldn’t put up with me).

And just like when I was acting, I find I’m often struck by stage fright in my writing. Before a performance is a nerve-racking time for an actor. You stand backstage listening to the audience taking its seats. You know they’ve paid money to see you, so you better deliver. And during the moments before a performance, every possible self-doubt creeps into the actor’s head: I’m not good enough, I don’t know the character well enough, I’m wrong for the part, this is going to be a disaster, I should just quit now and save myself embarrassment, I’ve forgotten all my lines…

This very week I finally reached a really big scene in The And Then Story. It’s one I’ve been planning for and building toward. It’s a crucial scene and if it doesn’t work, the novel doesn’t work. And I have been struck by writer’s stage fright. I got up in the morning to make my coffee and start my writing and my knees were literally knocking. I was sweating as I sat down at the computer. I spent thirty minutes reading blogs instead of writing, but it did no good to delay. I had a job to do.

The only cure for stage fright is the opening of the curtain. You have to go onstage and say your first line and after that you say your next line and before you know it you’re lost in the performance and you’re so busy living in the universe of the character you don’t have time or thought left to be nervous.

And so it is with writing. The only cure for writing fright is to write your first line of prose, followed by your second line, and before you know it you’re carried away in the story and you’ve written the entire scene.

Just remember: write one word, one sentence, one paragraph, one page, one chapter, one novel. There’s nothing else for it. And unlike stage actors, we writers have the good fortune to be able to go back and revise. So stink up the stage big time, just get it done.

It can always be fixed in post :)
Posted by middle grade ninja at 7:08 AM

Email ThisBlogThis!Share to TwitterShare to FacebookShare to Pinterest
Labels: NINJA STUFF, The And Then Story, Thoughts on Writing