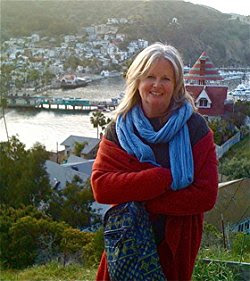 Holly Goldberg Sloan was born in Ann Arbor, Michigan and spent her childhood living in Holland, Istanbul, Turkey, Washington DC, Berkeley, California and Eugene, Oregon. After graduating from Wellesley College and spending some time as an advertising copywriter, she began writing and directing family feature films, including Angels in the Outfield and Made in America. Counting by 7s, her first middle-grade novel, was a New York Times Bestseller. The mother of two sons, Holly lives with her husband in Santa Monica, California.

Her new middle grade novel is the bestseller Short:  Julia is very short for her age, but by the end of the summer run of The Wizard of Oz, she’ll realize how big she is inside, where it counts. She hasn’t ever thought of herself as a performer, but when the wonderful director of Oz casts her as a Munchkin, she begins to see herself in a new way. As Julia becomes friendly with the poised and wise Olive—one of the adults with dwarfism who’ve joined the production’s motley crew of Munchkins—and with her deeply artistic neighbor, Mrs. Chang, Julia’s own sense of self as an artist grows. Soon, she doesn’t want to fade into the background—and it’s a good thing, because her director has more big plans for Julia!

Click here to read my review of Counting by 7s.

My favorite books, like my favorite foods, my favorite music, my favorite anything--are always changing. I just read David Barclay Moore's The Stars Beneath Our Feet and I loved that. I also loved Meg Wolitzer's adult novel (publishing in April of 2018) titled The Female Persuasion. If I time traveled back to being a young girl I would say that I couldn't live without Beverly Cleary.

I write every day. Seven days a week. I think the best way to think of this is to look at professional athletes. They train year round. They work hard on staying in shape. The same is true of writing. You need to keep those muscles working!

I didn't publish my first novel until I was in my fifties. Prior to that, I worked exclusively as a writer for film and television. I wrote the Disney film Angels in the Outfield, as well as The Big Green, as well as other family movies. My books are now an extension of that.

I believe writers are shaped early on. They have an interest in the world and an interest in words. They like to read. They are often daydreamers. They want to express themselves. That's a need. I was fortunate to have fantastic teachers in my life who encouraged me to tell stories.


My favorite thing about writing is the joy I experience when it's going well.

The least favorite thing is when I've written myself in a corner and I don't know the way out.  But then I take a walk, I force myself to think about the story and the characters while at the same time being open to the world around me. And then ideas and connections appear and I go home and try to make sense of it all.

I think it's important to get trusted people to read your work and to listen to what they say (the good, the bad, the ugly). Don't listen for solutions, but listen to what might be a problem and then work to fix/improve the material. Unless you are writing a diary that you hope no one will ever read, you are looking for an audience. Criticism is hard to take, but professional writers all know that rewriting is what separates them from the rest of the world.

I would pick Maya Angelou. I admire her work and who she was and I'm a complete fan.


hollygoldbergsloan.com
Posted by middle grade ninja at 7:39 AM