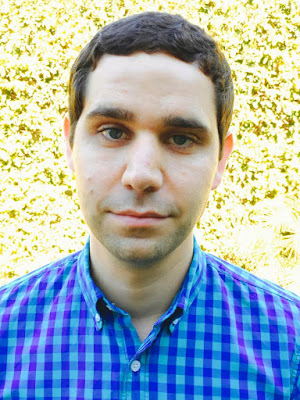 Evan Gregory is a Senior Agent at the Ethan Ellenberg Literary agency. He began at the agency in 2008 as an Assistant and has managed subsidiary rights for the agency in addition to his duties as an agent and general office manager. Now he focuses on managing the careers of his own clients on behalf of the agency, and is currently seeking to grow his list. For more information see his listing at the Association of Authors Representatives or visit him on Twitter.

The Ethan Ellenberg Literary Agency was established in 1984 by Ethan Ellenberg who was a contracts manager for Berkley and associate contracts manager for Bantam. Since its inception the agency has represented several bestselling authors, career novelists, and professional writers. In addition to new and published authors, the agency also represents rights on behalf of publishers and literary estates. The agency is an independent full-service agency with robust sales in subsidiary rights and partnering agents all over the world. The agency is a member of the Association of Authors Representatives, an affiliate member of the Science Fiction and Fantasy Writer’s of America, and an associate member of the Society for Children’s Book Writers and Illustrators, The Romance Writers of America, and the Mystery Writers of America.

Of all time? I couldn't possibly narrow it down to three. I love all the books. It's so hard to choose.

But if we're talking MG that I remember loving when I was a middle-grader, I would say A Wrinkle in Time by Madeline L'Engle, James and Giant Peach by Roald Dahl, My Teacher is an Alien by Bruce Coville (honorable mention to The Indian in the Cupboard by Lynne Reid Banks, and The Mouse and the Motorcycle by Beverly Cleary). See, it's so hard to choose, I couldn't keep it to three.

It's so hard to play favorites

My favorites recently: Halt and Catch Fire, The Expanse, Stranger Things (Game of Thrones, of course).
Of all time: The Wire, The West Wing, Mad Men

Movies are like books, too hard to choose. But because this is about MG let's talk throwbacks: to go with my love of Dahl, Charlie and the Chocolate Factory (Gene Wilder > Johnny Depp), Labyrinth (huge Jim Henson fan, bigger David Bowie fan), The Princess Bride (inconceivable!)

Neil Gaiman has a quote about freelance workers where he says there are three things you need: to do good work, to be easy to get along with, and to make your deadlines. With the kicker that you really only need two out of three. My ideal client does all three.

In Middle Grade, I'm always looking for something weird and delicious. I like wildly original concepts. Maybe something spooky. Maybe something movingly sad. I want characters that have a lot of personality and pathos, courage and also doubts. I'm also looking for diverse stories from diverse authors. I welcome more POC and LGBTQ authors and characters.  I want writing that is crisp, plain, but that has impact. I tend towards the fantastical just because I like the stakes to be high, but I also like contemporary MG that has something urgent to say.

My favorite thing about being an agent is advocating for good art, and the needs of the artists that make it. I love getting a good deal for a client, and seeing them succeed.

My least favorite thing is rejection, both giving and receiving it. I would love to champion everything, and I would love for everyone to agree with me on the projects I do champion, but alas the world works differently than that.

Always be working on that next thing, and always believe that the next project will be better than the last, or don't bother. I get queries all the time from authors who have been polishing the same manuscript for a decade, or submitting it forever, and working on nothing else. I don't know why one would torture oneself that way.

I'd like to have tea (maybe butter beer) with J.K. Rowling. She has a keen wit, and I bet she has really cool stories about publishing and interesting insights about success.

ethanellenberg.com
Posted by middle grade ninja at 11:55 AM