Robert Beatty and I discuss his many successes in life as a CEO and a writer, as well as his newest novel, WILLA OF DARK HOLLOW. We chat about his working with Amy Adams on the upcoming WILLA OF THE WOOD television show and the process that led to the publication of SERAFINA AND THE BLACK CLOAK. We talk about how writing is a skill and how he learned it, his 15 unpublished novels, the importance of staying bold, competitive fencing, the importance of sheer determination, assembling a publishing team, assembling robots of such quality he and his daughters were commended by President Obama at the White House, and ice cream flavors named after his characters. 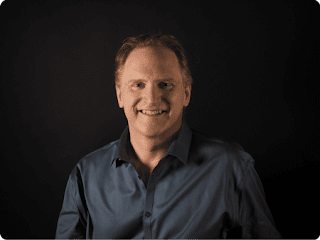 Robert Beatty is the author of the #1 New York Times best selling Serafina series published by Disney Hyperion, a spooky mystery-thriller about a brave and unusual girl who lives secretly in the basement of the grand Biltmore Estate.Serafina and the Black Cloak was a #1 New York Times best seller, has been on the list for more than 59 weeks, and won the prestigious 2016 Pat Conroy Southern Book Prize. The second book in the series, Serafina and the Twisted Staff, became a #1 New York Times best seller in the first week of its launch and earned a "Starred Review" from Kirkus Reviews, which said, "Even better than its predecessor, a sequel that delivers nonstop thrills from beginning to end." Enjoyed by both young readers and adults, the books are being taught in over a thousand classrooms nationwide.Robert Beatty lives in the Blue Ridge Mountains of Asheville, North Carolina with his wife and three daughters, who help create and refine his stories. He loves to explore Biltmore Estate and the darkened forest trails where his novels take place. He writes full-time now, but in his past lives, Robert was one of the early pioneers of cloud computing, the founder/CEO of Plex Systems, the co-founder of Beatty Robotics, and the chairman/CTO of Narrative Magazine. In 2007, he was named an Entrepreneur of the Year. When asked about the inspiration for his books, Robert said, "Serafina's journey grew out of my desire to write a story about an unusual and heroic young girl for my three daughters." 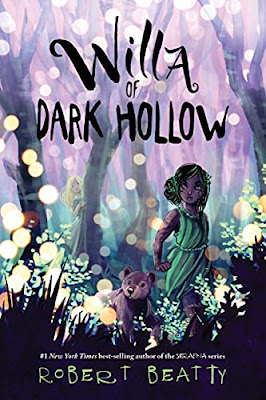 This enchanting companion to Robert Beatty's instant #1 New York Times bestseller Willa of the Wood is perfect for any reader who cares deeply about the natural world.

Willa and her clan are the last of the Faeran, an ancient race of forest people who have lived in the Great Smoky Mountains for as long as the trees have grown there. But as crews of newly arrived humans start cutting down great swaths of the forest she loves, she is helpless to stop them. How can she fight the destroyers of the forest and their powerful machines?

When Willa discovers a mysterious dark hollow filled with strange and beautiful creatures, she comes to realize that it contains a terrifying force that seems to be hunting humans. Is unleashing these dangerous spirits the key to stopping the loggers? Willa must find a way to save the people and animals she loves and take a stand against a consuming darkness that threatens to destroy her world.

Filled with a compelling mixture of history, mystery, and magic, Robert Beatty's books are loved by readers from 8 to 108.

RobertBeattyBooks.com
Posted by middle grade ninja at 8:51 AM