Allison Hellegers and I discuss her twenty-plus years of experience in publishing as a literary scout and a foreign rights director, as well as her newest role as a literary agent. We talk about the types of projects she’s looking to represent and the ways she envisions serving authors over the course of their careers. This is another enjoyable conversation packed with insights about the publishing industry. 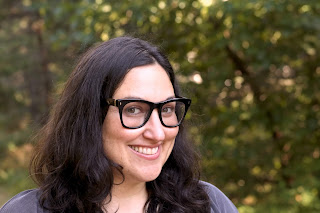 Alli first fell for books as a way to escape her two brothers, who were obsessed with football (think 'Friday Night Lights' in Ohio). So, Alice in Wonderland, Tuck Everlasting, The Diary of Anne Frank and anything by Judy Blume or Lois Duncan were her refuge, but Alli didn't discover books as a career until after college at UW-Madison, where she received her degrees in Journalism and Women's Studies. She also spent a semester abroad at the Sorbonne in Paris and was thrilled when her jobs as Literary Scout and Foreign Rights Manager would take her back to France (among other countries). Alli also volunteered with the non-profit Girls Write Now, and empowering teen girls became one of the biggest drivers in her career. After working with the YA packager, Alloy Entertainment, Alli spent the last 10 years as Foreign Rights Director with Rights People. She also co-agents picture books, middle-grade and young adult novels on behalf of foreign publishers and agencies (international, British, and Australian) to represent authors in North America. Therefore, her taste leans towards books that have film/TV and/or translation appeal and take the reader on a journey. Alli loves nature, music and spending time with her friends, husband, young son (a new reader!), and her rescue mutt in Brooklyn.

StimolaLiteraryStudio.com
Posted by middle grade ninja at 8:47 AM