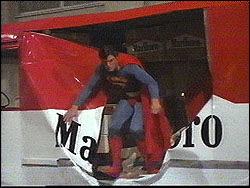 I've had a good weekend, Esteemed Reader, and I hope you have to. As I write this it's Writing Day at my place. I'm on my back porch overlooking a river and the woods with sweet, sweet Yanni playing in my ears (screw you for judging me!). The YA Cannibals are inside writing away. Mike Mullin is still standing after we ate his heart last meeting, convincing him to cut some fat from Ashfall 3: Volcano in the Hood so it's a better read when it reaches you. You're welcome. Since we're fresh out of Mike's heart, I'm cooking a ham and the way we drink, by the time it's done, it will be tasty no matter what I do:)

The only thing that can make a good weekend even better is a great book, and I've certainly got that. I'm reading Wool by Hugh Howey and I'm sorry to put the series down long enough to write this as my mind's still in that world. Don't worry. This isn't another post about self-publishing (though more of those may be coming, as it's a trend I find fascinating). I'm just digging Howey's stuff and wanted to mention it in case you haven't read him yet. I read his I, Zombie last year when I was preparing my own zombie tale and fell deeply in love with his writing.

Today I want to talk about a big difference between books and movies and why as I age, I find I love books more (and I'm a film-school drop out). When I was a teenager, I was convinced I wanted to be a filmmaker more than anything and I spent every weekend at the movie theater. Later, I discovered I liked writing the screenplays more than actually making the movies and I grew out of my teens, so Hollywood stopped targeting me. More, I found collaborating with actors and a film crew led to many great innovations in my storytelling, but also forced me on a regular basis to compromise my vision (I don't like to share my toys).

Now I find I don't like compromise even as the person on the receiving end of the story. Allow me to elaborate:

Last night, as part of my continuing mission to consume all zombie media, I watched World War Z. It was a fine zombie film. Even rated PG-13, which means everyone dies miraculously bloodless deaths, zombies charging the camera in 3D is pretty cool. I love the Max Brooks novel, of course, and I'm not sure what, if anything, the movie has to do with it, but oh well. Big budget zombies blowing stuff up is cool, whatever title it steals, and the book is also cool. I can enjoy both for separate reasons, even with Brad Pitt's hair remaining perfect no matter what happens to him.

In fact, I was quite caught up in the action until the powers that be inserted their influence in the story and unraveled things. I don't want to spoil the flick, but in a key moment, having defeated some tough zombies, Brad Pitt celebrated his victory with a cool, refreshing Pepsi.

Right away I called bull crap. Brad Pitt, with perfect hair, white teeth, and zero body fat, does not guzzle soda. No way. He was Gwyneth Paltrow's man forever ago and I'm sure he adhered to her recipes for water crest with water sauce. He's enjoying his Pepsi (or whatever beverage was actually in that can) in nearly slow motion solely to convince the audience, who statistically, will not look like Brad Pitt, to have some Pepsi.

This is after a critical scene in which Brad accidentally kicks a Mountain Dew can, alerting zombies to his presence, and rolling the green and red corporate logo across the screen in extreme close-up. His moment of refreshment is followed by a key use of Pepsi cans to help save the world, each can falling into screen logo-first in 3D. The Ninja was drinking a bottled water with his popcorn--I gave up soda for good (mostly) when I decided not to poison myself slowly with high-fructose corn syrup, which I promise is the new nicotine--but dang, if I didn't thirst for a Pepsi last night.

Now blowing up stuff is expensive and I accept that filmmakers gotta get the money somewhere. Last weekend I watched Zod and the Man of Steel throw each other through a Sears and an Ihop among other corporate locations, their logos on screen for long periods of time. It was a step-up from the Christopher Reeve Superman movies where Kryptonians stood in front of giant neon coke signs and threw each other through Marlboro trucks. Actually, the Marlboro logo appears prominently in all of the early Superman movies. Back when I smoked, I smoked Marlboro, but I'm sure that decision was completely unrelated to my childhood programming.

Product placement is nothing new and if I keep listing examples, we'll be here all day. Turn on any TV show or movie. If it's got a budget behind it, they're whoring themselves with something. But this isn't a post about how obese Americans don't need to be subliminally sold soft drinks and candy. That's some other day's rant.  Today, I just want to talk about the compromise the filmmaker had to make and the effect it had.

At one moment, I was watching a pretty cool zombie flick with hands getting chopped off and the undead having their heads bashed in--good times. The next moment, I was aware I had paid 13 bucks to watch a commercial. I don't know what the very last shot of World War Z was. I walked out before then because I didn't care anymore. For me, the fictional spell of story was broken, so I missed the finale in which the toothless, diabetes-ridden Coca-cola polar bears mauled the last of the zombies.

I came home and read Wool, which is genuinely amazing. As I read, I was grateful for the difference in the story experience: the author and I were engaging in a communication of ideas between the two of us without  pausing for a word from his sponsor. The author told me his story the way he wanted to tell it without compromise and it was incredible. I was grateful for the experience.

Books are not immune from corporate influence, of course, (I've read Stephen King's magic Kindle story) but its far less prominent. When I read a book, there's still a greater probability of an uncompromising story that isn't a glorified sales pitch.

Ayn Rand may have endorsed a philosophy that cost America her soul, but she poured out her evil little heart for the reader and right or wrong, her works are the stories she wanted to tell. Atlas Shrugged may be at home on a shelf next to Mein Kampf, but it is the artist's vision laid bare for us without the input of bean counters and marketers.

Maybe I'm just cranky because I recently learned Superman and I are the same age (when did I grow up?), but I want to hear an artist's story, not watch them do a song-and-dance in exchange for singles in their g-string. Thank God, books are still a relatively safe place for a pure conversation between writer and reader.

Thoughts? Sound off below. Oh, and just in case you haven't seen it, here's Brad Pitt in the funniest commercial ever because I'm pretty sure he's serious: