Jessica Craig and I discuss her career in publishing from working as an international literary scout to becoming a literary agent to founding CRAIG LITERARY. We talk about the typical calendar in publishing and the best times to submit queries, addressing inequality and a lack of diversity, a paranormal experience, the importance of keeping your space, not getting tripped up by your doubts, and so much more. 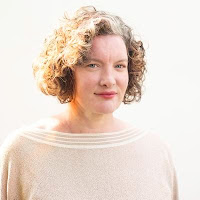 Jessica began her career in publishing more than twenty years ago in New York soon after graduating from Columbia. In 2005 she moved to Edinburgh to work at world-renowned independent publisher, Canongate Books, and later was a founding agent of United Agents in London. In 2016 she struck out on her own and founded Craig Literary in Barcelona.
Craig Literary, founded by Jessica Craig in 2016, is a full-service literary agency representing diverse writers of fiction, non-fiction, and children's books. The agency grows out of Jessica Craig's 20+ years of experience as a top foreign rights agent and on her record as an effective international champion of high quality authors, from established names to outstanding debuts, and across genres in fiction and non-fiction.
CraigLiterary.com
Posted by middle grade ninja at 9:08 AM