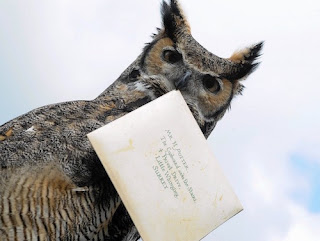 Though if I could throw just five glaring problems I tend to see:

4)   DON’T AVOID THE LETTER: I would advise against writing query letters that state that the author does not want to write a query letter but has instead opted to merely attach a manuscript or synopsis to let the work speak for itself. Right away the literary agent will know that the author is going to be difficult to work with. The query letter is also essential so it really can’t be skipped.

3)   PERSONALIZE THE ADDRESS: It is very impersonal seeing a query letter email from an author addressed to dozens of agents at various literary agencies with a “Dear Agent” greeting. Smaller agencies on those lists might think to themselves that they might not be able to compete with the bigger agencies on that list, opting to bow out, while bigger agencies will think to themselves that they shouldn’t have to put up with that, also opting to bow out. So where would that really leave an author?  It’s better to do one’s research and approach the very best agency.

2)   READ THE INSTRUCTIONS: Reading and respecting a literary agency’s submission guidelines (usually listed on the agency’s website) is also a good way to get a foot in the door, whereas bucking the system will seldom get a good result. New authors call all the time, asking if they can query us over the phone, and I must always refer them back to our website since we prefer to receive query letters there as a matter of company policy.

1)   THINK OF BENDING THE RULES BEFORE BREAKING THEM: Knowing the rules before breaking them is also important, as going outside of genre-specific conventions and norms can be difficult for an author trying to make their major debut. For instance, a book written for elementary schoolchildren should not contain explicit language and content only appropriate for an adult audience. Knowing the proper book-length for the type of book written is also important, since publishers consider their cost of printing/production as well as shipping and warehousing, alongside how to price a shorter versus a longer book. 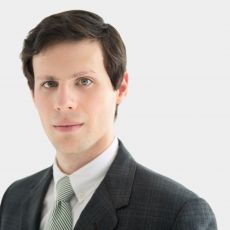 Mark Gottlieb attended Emerson College and was President of its Publishing Club, establishing the Wilde Press. After graduating with a degree in writing, literature & publishing, he began his career with Penguin’s VP. Mark’s first position at Publishers Marketplace’s #1-ranked literary agency, Trident Media Group, was in foreign rights. Mark was EA to Trident’s Chairman and ran the Audio Department. Mark is currently working with his own client list, helping to manage and grow author careers with the unique resources available to Trident. He has ranked #1 among Literary Agents on publishersmarketplace.com in Overall Deals and other categories. http://www.tridentmediagroup.com/agents/mark-gottlieb