Jennifer Voigt Kaplan and I discuss her award-winning debut novel, CRUSHING THE RED FLOWERS, set in 1938 Germany. We examine research techniques for writing historical middle grade fiction, including interviewing members of an author’s own family, and the importance of taking emotional breaks when focusing on grim subject matter. We also talk about writing contests, setting up a book launch, building an author website, challenging young readers to think for themselves, and more. 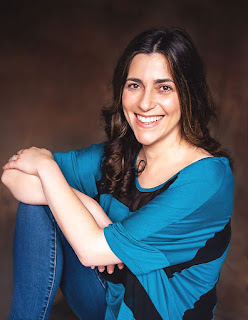 Jennifer Voigt Kaplan is an award-winning author of children’s fiction. Her debut children’s novel, Crushing the Red Flowers, was recognized in six literary contests before its publication, including earning a Letter of Merit for the SCBWI Work-in-Progress Grant and winning the middle-grade category of Publishers Weekly Booklife Prize for Fiction. Jennifer was born in Germany, raised in Philadelphia, and now resides in the New York City area. She holds degrees from the Wharton School of Business in marketing and from the London School of Economics in social psychology.

Outside of writing, Jennifer founded The Public Arts Council, her town’s first organization dedicated to public arts. When she’s not inventing people in her head, she’s painting murals on underpasses, wishing she had more time to watch sci-fi movies, and arguing that there should be no limit on the number of garden gnomes that are considered socially acceptable. She lives with her husband, three children, and a cheeky beta-fish named Bubbles, who thinks it’s hilarious to play dead. 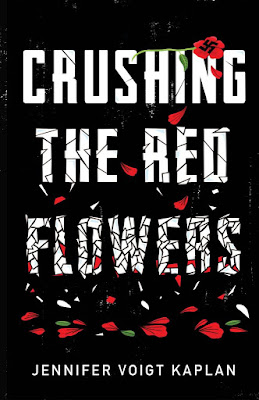 "Germany in 1938 comes alive and will be unforgettable to young readers in this powerful debut novel, Crushing the Red Flowers."--James Patterson

What if the person you are supposed to hate is the one person who can save you?

Crushing the Red Flowers is the story of how two ordinary boys cope under the extraordinary circumstances of Kristallnacht. Emil Rosen and Friedrich Weber couldn't have less in common, but in the summer of 1938, they must both deal with the changes steamrolling through Germany. Friedrich struggles with an uncle in jail and a cruel Hitler Youth leader, while Emil does his best to avoid the blistering anti-Semitism that's threatening his family. As the rules of yesterday no longer make sense, both boys find comfort at a private spot along the Leine River. Then in the late hours of November 9th, their world explodes, and the two boys are forced together in a race against time that requires Friedrich to risk his life in order to save Emil and his family.


JenniferVK.com
Posted by middle grade ninja at 8:21 AM