Reviews, Interviews, and Guest Posts for THE BOOK OF DAVID 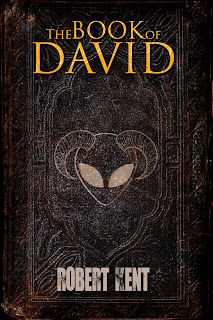 If you have a blog or a site and you'd like to interview me or have me over for a guest post, I'd be thrilled. Just email me and ask.

If you've written a review of the book, let me know and I'll link to it here.


"The writing is rich and evocative, and it drew me in so deeply that when I turned the final page an audible “what no” escaped me because god***mit I wanted more. "
Bookish Creature

"Absolutely love this story. It has a little but of everything; a haunted house, ghosts, aliens, demons, religious zealots, murder, you name it. The book has humor, horror and an introspective look at ourselves and mankind. I think this has Netflix series written all over it and would love to see it."
Amazon Reviews

The term horror, especially when applied to fiction always carries such heavy connotations.  What’s your feeling on the term “horror” and what do you think we can do to break past these assumptions?

I like horror novels, obviously, and when I see that a book is listed in the horror section, I'll at least read its description, if not a sample. I like that so many of my novels are classified as "horror" because it means they're in good company and I would be interested in them if I didn't already know how they ended. As for assumptions, there are some types of readers who prefer to steer clear of anything that might upset them, which is unfortunate, as it's good for you to be upset occasionally.

It's also true that bad horror is more noticeable than bad fiction in other genres because horror is so very do or die. A horror story is either scary or it isn't. A mystery can be obvious, implausibly solved, but still enjoyable to readers if the detective's kitten gets up to adorable antics. A non-scary horror story can't necessarily win over horror hounds with a cute romantic subplot.

Being a horror fan often means having to wade through some not great stories to find gold, but that's part of the fun. It makes finding something really scary all the more special. Non fans aren't always willing to put up with such a hit or miss genre. Me, I'll never claim Bait 3D is a great movie, but I own a copy and love to rewatch it with friends because sharks in a grocery store is my idea of a good time.


GAMES, BRRRAAAINS AND A HEAD-BANGING LIFE

Were you worried that the introduction of aliens and Sexy Jesus might turn people off what is at first a 'haunted house' story? I'll admit to wondering what the hell was going on the first time the painting spoke!

I wasn't worried. In fact, I was certain some people would be turned off and I tried to target them as much as I could. I made sure to drop a few F-bombs in the opening passages so that anyone who might know me for my writing for children would know this wasn't that (assuming they skipped the warning in the description and on the first page). The language gets much fouler before the end, so I wanted those readers who would be bothered to tap out early.

There's A LOT of really offensive stuff in this story I wouldn't discuss at the diner table in front of grandma, but I might discuss some of it with a select audience late at the bar. That's one of the reasons I wanted to publish The Book of David as a serial novel. The first chapter is always free to read as an ebook and it's short. If a reader gets to the end of it (or the middle) and they're turned off, they're not out any money or that much time. Plenty of other books out there for those readers and I hope they find a story more to their liking. The second chapter is also short, but it's much more offensive than the first chapter and goes farther down the rabbit hole.

Chapter four and five are absolutely nuts. I don't want anybody reading them who hasn't already made it though the increasing offensiveness of the first three chapters. If you're still reading by chapter five, you're obviously entertained and having at least some fun because you had four perfectly good opportunities to quit reading. As much as possible, I want those readers to self select.

Full interview at Games, Brrraaains and a Head-banging Life on 2/10/18
Posted by middle grade ninja at 11:20 AM