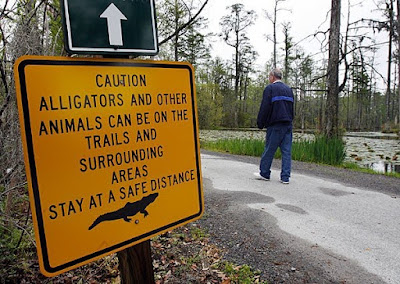 As a mother, nothing comes close to my primitive urge to protect my child. So, I thought it ironic to visit a playground in North Carolina with a warning sign of alligators nearby.

This sign hit me with the realization that while we can provide our children with the resources to defend themselves and make good choices, ultimately we have to let them go out there to frolic amongst the good guys and the gators. This includes opening their eyes through media and books to not-so-nice things that go on in the world.

Especially books. They can open up our child’s eyes to events in history, just and unjust. Books have opened up many dialogues with my son about slavery, civil rights, oppressive religions, women earning the right to vote, the Holocaust, bullying, and terrorism.

When my son was six we got a wonderful book called The Man Who Walked Between the Towers by Mordicai Gerstein (since made into a movie). In 1974, French aerialist Philippe Petit threw a tightrope between the two towers of the World Trade Center and spent an hour walking, dancing, and performing high-wire tricks a quarter mile in the sky. This book paved the way for us to talk in depth about the twin towers and terrorism. My son said at the time he hoped that bad man would be caught and the towers would be rebuilt.

One out of two so far. I was able to report to my son not long after that the bad man had been caught and killed. My son wanted to know how he was found and killed, what happened to his children, his wives, and if his being caught meant this kind of thing would never happen again. I wish. But, I hope in having these discussions (as I hope parents are having everywhere) that we are changing the world for the better – one discussion at a time.

As my son got older, middle grade books opened up discussion for us. Here are some of them:


Wonder by R.J. Palacio: about being a disfigured kid in a “normal” world.

Out of My Mind by Sharon M. Draper: what it could be like to have a voice but not be able to communicate.

Tarzan of the Apes by Edgar Rice Burroughs: the difficult decision of choosing where you belong.

Rules by Cynthia Lord: on autism and asking “what is normal?”

Holes by Louis Sachar: about friendship and believing in yourself.

Hatchet by Gary Paulsen: being separated from your family and having to survive in a strange place.

Hoot by Carl Hiaasen: on endangered animals and ecology.

Duck by Richard S. Ziegler: about standing up for yourself when the one person who protects you is gone.

Diary of a Wimpy Kid: fearing middle school and then finding out how cool it really is. 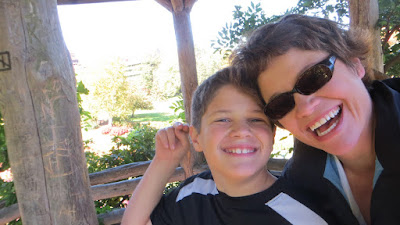 Books. They open us up to new worlds and help us as parents relate the good and bad of the world to our children. They reveal the beauty and the darkness that co-exist in our world - and within us. They inspire feelings of sadness, joy, compassion, or outrage.

Books. They open up conversations with my son about life and death and right and wrong. I watch him as he struggles with these issues and tries to figure out his place in the world.

And while I empower my son with information and send him out there to navigate the battle field of life with as much armor as possible, I hope the good guys outnumber the gators. I hope he witnesses more glory than gore. And even if the gators in disguise try and get him, I hope it's “just a flesh wound!”

Are there books you've read with your children that have opened up discussions about the world around them?


Enter this giveaway to win a Lost Realm map poster, a lightning orb light-up ball, paperback of book 1 in the series, JOSHUA AND THE LIGHTNING ROAD, and $25 Barnes &Noble gift card: 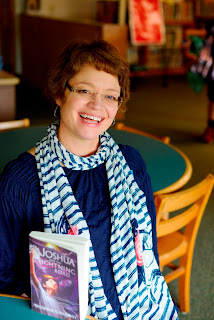 Donna Galanti is the author of the The Element Trilogy (Imajin Books) and the Joshua and The Lightning Road series (Month9Books). Donna is a contributing editor for International Thriller Writers the Big Thrill magazine and blogs with other middle grade authors at Project Middle Grade Mayhem. She’s lived from England as a child, to Hawaii as a U.S. Navy photographer. She now lives in Pennsylvania with her family in an old farmhouse that has lots of nooks and crannies, but sadly no ghosts. You can find her books, resources for writers, and upcoming events at www.donnagalanti.com and www.elementtrilogy.com. Catch her post here on Middle Grade Ninja about 10 Steps to Writing Scary for Kids. 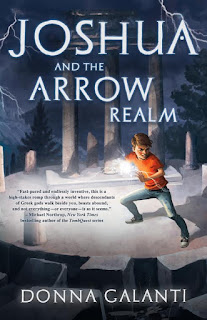 About Joshua and the Arrow Realm out 8/30:

Joshua never thought he’d return to the world of Nostos so soon. But, when King Apollo needs his help in the Arrow Realm, Joshua’s will and powers are tested in order to save him. With his loyalties divided between our world and theirs, Joshua wonders whether he alone can restore magic to the twelve powerless Olympian heirs, or whether he is being tricked into making the one mistake that might cost them all.
“Fast-paced and endlessly inventive, Joshua and the Arrow Realm is a high-stakes romp through a wild world where descendants of the Greek gods walk beside you, beasts abound, and not everything—or everyone—is as it seems.” ~ Michael Northrop, New York Times bestselling author of the TombQuest series

Posted by middle grade ninja at 10:05 AM