The Speed City Sisters in Crime return to the scene of the… podcast? Returning for their first appearance since episode 79, they’ve just released a new anthology, TRICK OR TREATS: TALES OF ALL HALLOWS EVE. I sit down with authors Ross Carley, Diana Catt, Mary Ann Koontz, Elizabeth Perona, Tony Perona, Karen Phillips, and Elizabeth A. San Miguel, to discuss writing and reading mysteries, publishing tips, flying saucers, and so much more. 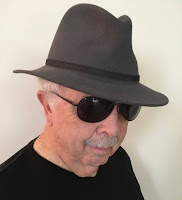 Ross Carley’s first four novels feature PI and computer hacker Wolf Ruger, an Iraq vet with PTSD. Dead Drive (2016) and Formula Murder, set in the formula racing industry (2017) are murder myster‐ ies. Cyberthrillers Cyberkill (2018) and Cryptokill (2020), are books one and two of the Cybercode Chronicles. His fifth novel, The Three-Legged Assassin, featuring assassin Lance Garrett, will be released in late 2021. Ross is a computational intelligence and cybersecurity consultant. He and Francie split their time between Indiana and Florida.

Karen Phillips lives in Granite Bay, California, where she enjoys writing mysteries, MG/YA fantasy, and poetry. She has several short stories published in various anthologies and is working on a full- length novel. She is also a published author of non-fiction articles such as “Vetting the Tevis – A brief history of the use of veterinarians for the Western States Trail Ride.” She is a member of both Speed City and Capitol Crimes chapters of Sisters In Crime. 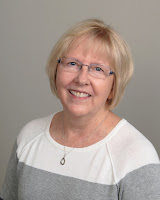 Mary Ann Koontz - This is the second short story that Mary Ann Koontz has had published in a Speed City Sisters in Crime anthology. Her first was “The 20/20 Club” published in Murder 20/20, A Speed City Crime Writers Anthology. She has also had short stories and articles appear in both newspapers and magazines. Under the name M. A. Koontz, she has authored books including Shards of Trust and its stand-alone sequel, The Cry Beyond the Door. Koontz has also co- authored Maybe, Just Maybe, a children’s chapter book, with her granddaughter, Hailey Landreth. Koontz resides in Indiana.

Elizabeth A. San Miguel is a new, if not young, writer who lives in Indianapolis, Indiana. She graduated a long time ago from Indiana University, Bloomington with degrees in Journalism, History, and Fine Arts and a minor in Art History. She also received a Certificate of Applied Computer Science from Indiana University-Purdue University at Indianapolis (IUPUI). Her father is a native Spanish speaker but Elizabeth grew up in Indianapolis with a British mother. In Spanish she excels at inquiries on library location. (Not that she could understand the answer.) Otherwise, she spends her days coding in the statistical database language SAS and her evenings and week‐ ends amusing herself by thinking up fun ways to kill people, literarily and not literally.

Diana Catt (www.dianacatt.com) is an author, editor, and daytime scientist. She has 20 short stories appearing in anthologies published by Blue River Press, Red Coyote Press, Pill Hill Press, Wolfmont Press, The Four Horseman Press, Speed City Press and Level Best Books. Her collection, Below the Line, is available on Amazon. She is co-editor of The Fine Art of Murder (2016, Blue River Press) and Homi‐ cide for the Holidays (2018, Blue River Press) and Trick or Treats: Tales of All Hallows’ Eve (Speed City Press). She is married with three kids, three grandkids, and three pets. She thinks good things come in three. 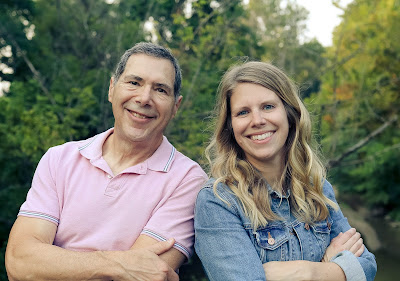 Tony Perona is the father half of the father/daughter Elizabeth Perona writing team that produces the Bucket List Mystery Series. Separately, Tony is the author of the Nick Bertetto myystery series, the standalone thriller The Final Mayan Prophecy (with Paul Skorich), and coe-editor and contributor to the anthologies Racing Can Be Murder, Hoosier Hoops and Hijinks, and Trick or Treats: Tales of All Hallows' Eve. Tony is a member of Mystery Writers of America and has served the organization as a member of the Board of Directors and as Treasurer. He is also a member of Sisters in Crime. His last day job before retirement was Deputy Town Manager of the Town of Plainfield.

Elizabeth Perona is the father/daughter writing team of Tony Perona and Liz Dombrosky. Tony is the author of the Nick Bertetto mystery series, the standalone thriller The Final Mayan Prophecy (with Paul Skorich), and co-editor and contributor to the anthologies Racing Can Be Murder, Hoosier Hoops and Hijinks, and Trick or Treats: Tales of All Hallows’ Eve. Tony is a member of Mystery Writers of America and has served the organization as a member of the Board of Directors and as Treasurer. He is also a member of Sisters in Crime. Liz Dombrosky graduated from Ball State University in the Honors College with a degree in teaching. She is currently a stay-at-home mom and serves as an administrator for her church. Like her father, she is a member of Mystery Writers of America and Sisters in Crime.

Posted by middle grade ninja at 8:18 AM