Literary Agent Jennifer Mattson and I discus her career in publishing from her time as an editor with Dutton to her time as a professional book reviewer up to her last decade spent as an agent with Andrea Brown Literary Agency, and a lot of other book-related jobs as well. We talk about specific habits of successful writers, how many books authors should be reading, and developing an author's voice. We also chat about hooking an agent's attention with a query and a writing sample, advice on how to find a literary agent, and so much more. 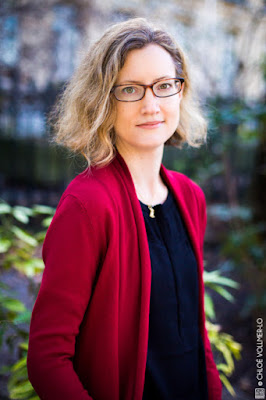 In the picture book arena, Jennifer is interested in authors, illustrators, and author-illustrators who bring a distinctive, well-developed point of view to their work. In longer fiction, her interests are wide-ranging, but she always has a soft spot for middle grade about resilient kids sorting out the messiness of life. In middle grade and YA both, her heart beats faster for richly imagined, mind-bending fantasies that depart from typical quests (portals entered by protagonists who fulfill prophecies don't tend to be for her). The most dogeared books in her childhood library tended to be fantasy adventures, survival stories, and sprawling, atmospheric tales with Dickensian twists and satisfying puzzles. She gravitates to all of the above, but contemporary realistic fiction can work for her too, especially if it's voice-driven and carefully structured. In all categories, she is especially delighted to see queries in her inbox from kid-lit creators underrepresented in mainstream publishing.

Fiction that Jennifer represents includes Katy Loutzenhiser’s contemporary-realistic YA debut, IF YOU’RE OUT THERE (Balzer and Bray/HarperCollins) and Kate Hannigan’s historical middle grade novel, THE DETECTIVE'S ASSISTANT (Little, Brown/Hachette), which won the 2016 Golden Kite Award for Middle Grade Fiction, received two starred reviews, was a Booklist Editor's Choice, and appeared on the 2016 Amelia Bloomer List. Picture books she represents include noted poet Linda Ashman's lyrical ode to the rhythms of the natural world, ALL WE KNOW (HarperCollins), and her nearly wordless celebration of optimism, RAIN! (Houghton/HMH); and Kim Norman's three Arctic Companion books that cleverly spin off favorite preschool songs, TEN ON THE SLED, IF IT’S SNOWY AND YOU KNOW IT, and SHE’LL BE COMIN’ UP THE MOUNTAIN (all Sterling). Artists she represents include Geisel Honor winning author-illustrator Paul Meisel, who has illustrated or written a total of more than 70 books for young readers; J.R. Krause, author-illustrator of DRAGON NIGHT (Putnam), an Indie Next selection; Rob Polivka, illustrator of GOD BLESS AMERICA (Hyperion) and co-author and illustrator of A DREAM OF FLIGHT: ALBERTO SANTOS-DUMONT’S RACE AROUND THE EIFFEL TOWER (FSG/Macmillan); and former Google doodler Katy Wu, illustrator of several picture book biographies, including Laurie Wallmark's GRACE HOPPER: QUEEN OF COMPUTER CODE and HEDY LAMARR’S DOUBLE LIFE (both Sterling).

Prior to joining ABLA, Jennifer spent time as an editor at Dutton Children's Books and as a Books for Youth staff reviewer at Booklist magazine. Jennifer is based in Chicago and enjoys speaking at SCBWI and other writers' conferences in Chicagoland and farther afield. She is also in the midst of a personal mission to read through the oeuvre of Anthony Trollope. Follow her on Twitter (@jannmatt).