Roseanne A. Brown and I talk about her newest book, SERWA BOATENG’S GUIDE TO VAMPIRE HUNTING, and her career thus far from being the youngest resident at the Jimenez-Porter Writers’ House program to becoming an editorial intern at Entangled Publishing to her current role as a bestselling author. We also have a frank discussion about race and publishing and what traditional publishing can do to improve its diversity, and an even franker discussion about Marvel vs DC and why Warner Brothers must release BATGIRL. 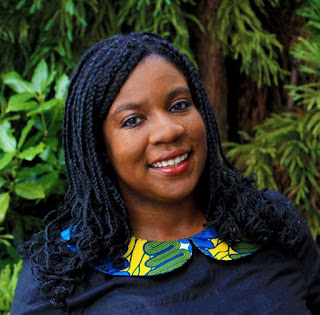 Roseanne A. Brown is an immigrant from the West African nation of Ghana and a graduate of the University of Maryland, where she completed the Jimenez-Porter Writers’ House program. Her debut novel A Song of Wraiths and Ruin was an instant New York Times Bestseller, an Indie Bestseller, and received six starred reviews. She has worked with Marvel, Star Wars, and Disney among other publishers. You can visit her online at roseanneabrown.com or on Instagram or Twitter at @rosiesrambles. On the publishing side of things, she has worked as an editorial intern at Entangled Publishing. Rosie was a 2017 Pitch Wars mentee and 2018 Pitch Wars mentor. Rosie currently lives outside Washington D.C., where in her free time she can usually be found wandering the woods, making memes, or thinking about Star Wars. Rosie is represented by Quressa Robinson of Folio Literary Agency. 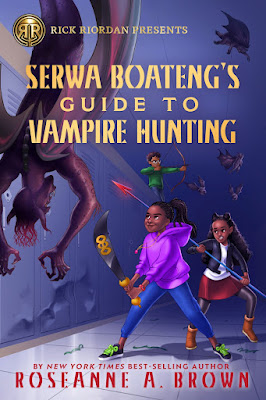 For most kids, catching fireflies is a fun summer activity. For twelve-year-old Serwa Boateng, it's a matter of life and death.
That's because Serwa knows that some fireflies are really adze, shapeshifting vampires from the forests of Southeastern Ghana. Adze prey on the blood of innocents, possessing their minds and turning them into hulking monsters, and for generations, slayers like Serwa and her parents have protected an unknowing public from their threats.

Serwa is the best adze slayer her age, and she knew how to use a crossbow before she could even ride a bike. But when an obayifo (witch) destroys her childhood home while searching for a drum, do Serwa's parents take her with them on their quest to defeat her? No. Instead, they dump Serwa with her hippie aunt and cryptic-obsessed cousin in the middle of Nowheresville, Maryland "for her own safety." Now, instead of crossbows and battle armor, she's dealing with mean girls and algebra, and for the first time in her life she doesn't have to carry a staff everywhere she goes, which is . . . kind of nice, actually.

Just as Serwa starts to get the hang of this whole normal girl who doesn't punch vampires every daything, an adze infiltrates her school. It's up to her to whip some of her classmates into monster-fighting shape before all of them become firefly food. And when she uncovers a secret that upends everything she thought she knew about her family's role in the slayer vs. adze war, Serwa will have to decide which side of herself—normal girl or slayer—is the right one.

After all, seventh grade is hard enough without adding vampires to the mix.

Posted by middle grade ninja at 9:04 AM