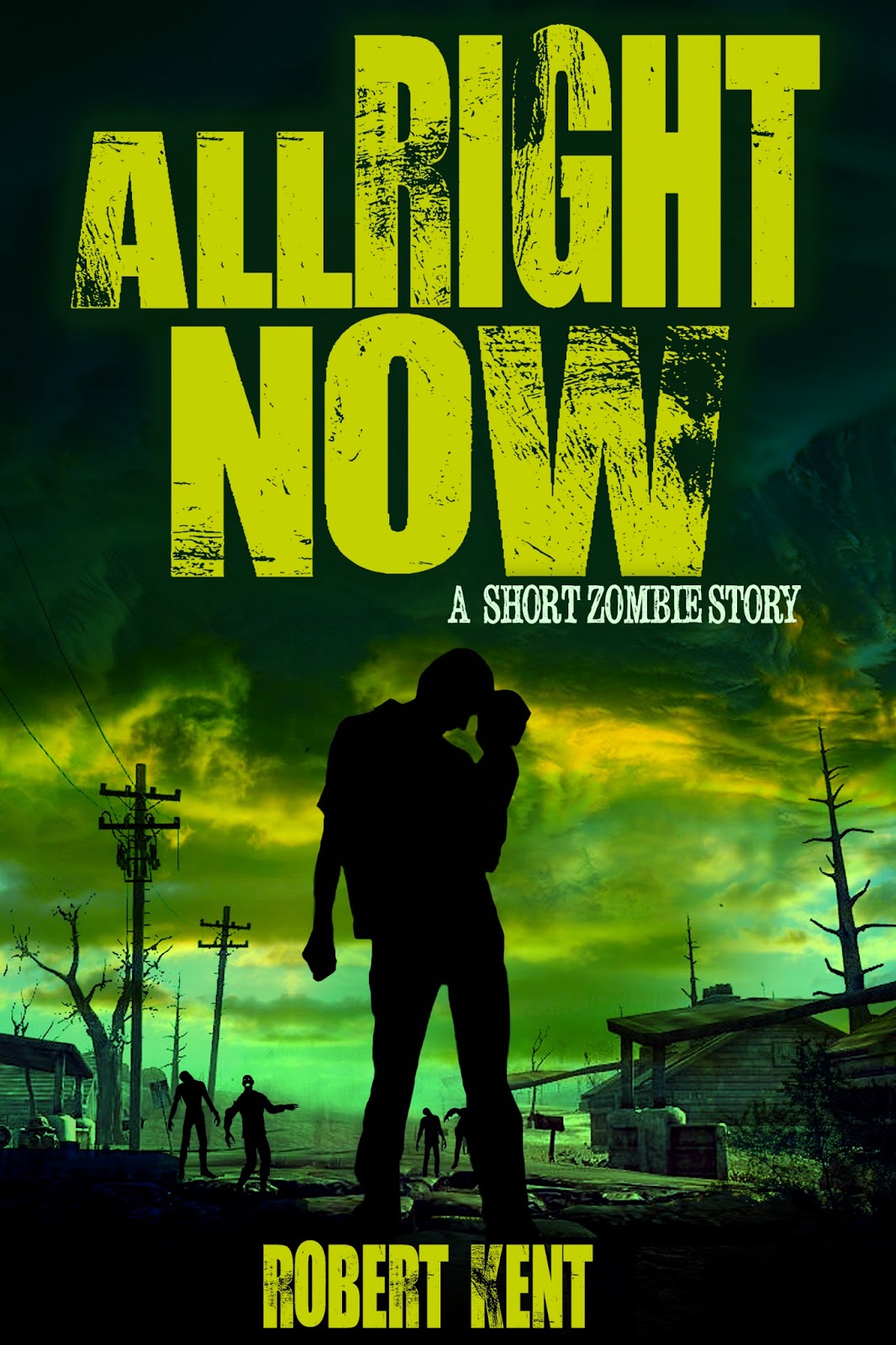 Greetings, Esteemed Reader. Sorry to have been away for so long. This has been one of my hardest years for blogging because I honestly just haven't had time. I see the blog sitting here forlorn and un-updated and it makes me sad, but my rule has always been that fiction writing comes before blogging and I can't seem to find enough hours in the day to do both or sometimes either.

My apologies to the authors who would like to have me feature their book. I will do more Book of the Week reviews, but not too many this year. If you're waiting for an email from me about your book, I will respond soon, but probably not the way you'd like me to. It's nothing personal. But I work 50-60 hours a week, I have a new baby which requires a 1.5 hour round trip drive for daycare, The Amazing Spider-man 2 video game came out today (couldn't care less about the movie, but I love fighting pixilated crime), and that doesn't leave a whole lot of time for much else.

I finished All Right Now: A Short Zombie Story yesterday, so naturally it's available now. Just kidding! I know better than to write a book and then immediately publish it. I have some small revisions I want to make, although I revise and polish my drafts as I go, so I'm pretty well happy with what I've got. At this moment I'm brimming with the joy of a fresh creation and I can't wait to share it with Esteemed Reader. I'm also tired of zombies and I'm not going to write about them again for awhile if ever.

I'll be telling you more about this novella of mine closer to a time when you could purchase it. It's not quite a sequel to All Together Now, but it's as close as I plan to come to writing one and fans of the first book will probably enjoy it. But they'll enjoy it more if I first give it to the YA Cannibals and then my editors. And it will be a better book if I let it sit for a time while I work on other non-zombie things, so I can polish the story again once its shiney newness has worn off and I can view it  more objectively.

I took a break during writing All Right Now to put together Pizza Delivery and I'm quite glad I did as that story has been doing rather well for itself, despite my refusing to do much in the way of promoting it. At the same time, I've been working with illustrator Adam Smith to prepare The And Then Story for publication as it contains over 70 illustrations, or at least, it soon will:) That's the book I'm most excited about because it's my middle grade project and closer to my heart than walking corpses.

In fact, I'm going to be spending the rest of this year on The And Then Story, not just polishing this first book, but preparing further adventures to be published next year along with some other middle grade projects. And I'm having a ball working on this stuff. Seriously. Indie publishing beats sending out endless queries a million times over and I think I'll live longer (and drink less) for taking my publishing career in my own hands. I'm happier to be writing than I've felt in two decades because I have readers and I'm writing for them instead of editorial boards with their endless changes and power games.

My outlook on writing and the world has changed. All Right Now is the first story I've written knowing it would be published, knowing an audience would be waiting for it--I'm quite flattered by the number of sequel requests I've had from All Together Now readers. I used to take the actions of the big banks, buying up our politicians, subverting our democracy, and creating a new society of serfs and slaves, er, I mean prisoners, personally. Reading about that stuff still bums me out, but I have a child now so I look for the silver linings.

I'll never buy another GM vehicle. I'm nervous driving the one I have (never more than a few miles and I'm replacing that death trap as soon as I can) and I won't let my son ride in it. General Motors, heartless conglomerate murderer, sent me a letter barely apologizing for knowingly gambling with my life and the lives of my loved ones to save a few measly bucks. I don't hold out much hope that the folks responsible will face more than a fine despite having committed serial murders (this article says they can only prove 13,  which means there's likely others they can't prove) as they're rich and the political game is rigged.

When's the last time a major banker went to jail? You can vote for hope and change. We're all getting what the money wants.

Something about working as hard as I could on my writing and then waiting around for the unfair decisions of elites at major publishing houses intensified my hatred at the cruel injustices being perpetuated on the American middle class--read Elizabeth Warren's breathtaking account in A Fighting Chance, see Robert Reich's Inequality for All, currently on Netflix. As Americans have been working harder for less, I've been writing for decades to be read by no one.

But as an indie author, I feel empowered. I have a voice, however faint, and I can fight for my right to entertain readers. I don't have to kiss the butts of the literary elite and hope they'll drop a few crumbs my way. The writing world has changed and so will the world of our country. Revolution is already upon us and so now when I see the Supreme Court making it legal to openly purchase our leadership, I take heart in knowing we're that much closer to things getting bad enough for Katniss Everdeen to be forced to stand up to President Snow.

I'm not one of those indie author religious converts who suddenly feels every writer should be indie publishing. Quite the opposite. The market is plenty crowded and I don't mind one bit if other authors whose books might overshadow mine continue to agonize for months and years waiting on traditional publishers. Hang in there would-be competitors and fight the noble fight of the true author who's proper destiny is to be anointed by the sacred gatekeepers. I'll entertain your readers while you wait:)

Posted by middle grade ninja at 10:15 AM