Avi and I discuss his career publishing more than 80 books since 1970, winning more awards than I can list, including the Newberry AND two Newberry honors. He tries to convince me writing is just a job and walks me through his process of writing intuitively. He talks candidly about his dysgraphia and gives excellent advice for writing historical fiction, including specifics about language and layering research in narrative. He even reads part of a brand new book he’s currently writing, premiering the passage for the first time anywhere exclusively on the Middle Grade Ninja podcast. Oh, and he tells me about the time he saw a ghost. 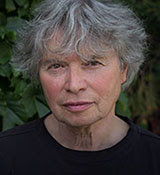 Avi is part of a family of writers extending back into the 19th century. Born in 1937 and raised in New York City, Avi was educated in local schools, before going to the Midwest and then back to NYC to complete his education. Starting out as a playwright--while working for many years as a librarian--he began writing books for young people when the first of his kids came along.

His first book was Things That Sometimes Happen, published in 1970, and recently reissued. Since then he has published seventy books. Winner of many awards, including the 2003 Newbery award for Crispin: the Cross of Lead (Hyperion), two Newbery Honors, two Horn Book awards, and an O'Dell award, as well as many children's choice awards, he frequently travels to schools around the country to talk to his readers.

Among his most popular books are Crispin: The Cross of Lead, The True Confessions of Charlotte Doyle, Nothing but the Truth, the Poppy books, Midnight Magic, and The Fighting Ground.

In 2008 he published The Seer of Shadows (HarperCollins), A Beginning a Muddle and an End (Harcourt), Hard Gold (Hyperion) and Not Seeing is Believing, a one-act play in the collection, Acting Out (Simon and Schuster). Crispin: the End of Time, the third in the Newbery Award-winning series, was published in 2010. City of Orphans was released in 2011, receiving a number of starred reviews. Learn more at Avi-writer.com. Follow Avi on Facebook, facebook.com/avi.writer, where he shares an inside look at his writing process.

Avi lives in Denver, Colorado, with his wife and family. 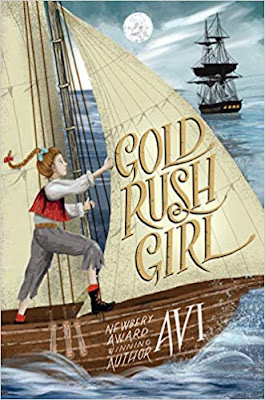 Newbery Medalist Avi brings us mud-caked, tent-filled San Francisco in 1848 with a willful heroine who goes on an unintended — and perilous — adventure to save her brother.

Victoria Blaisdell longs for independence and adventure, and she yearns to accompany her father as he sails west in search of real gold! But it is 1848, and Tory isn’t even allowed to go to school, much less travel all the way from Rhode Island to California. Determined to take control of her own destiny, Tory stows away on the ship. Though San Francisco is frenzied and full of wild and dangerous men, Tory finds freedom and friendship there. Until one day, when Father is in the gold fields, her younger brother, Jacob, is kidnapped. And so Tory is spurred on a treacherous search for him in Rotten Row, a part of San Francisco Bay crowded with hundreds of abandoned ships. Beloved storyteller Avi is at the top of his form as he ushers us back to an extraordinary time of hope and risk, brought to life by a heroine readers will cheer for. Spot-on details and high suspense make this a vivid, absorbing historical adventure.

Avi-Writer.com
Posted by middle grade ninja at 9:40 AM

Email ThisBlogThis!Share to TwitterShare to FacebookShare to Pinterest
Labels: Avi, Crispin: the Cross of Lead, Gold Rush Girl, Interview, Nothing But the Truth, Podcast, Poppy, The Fighting Ground, True Confessions of Charlotte Doyle