Jessica Vitalis and I chat about her debut novel, THE WOLF’S CURSE. And we have a detailed discussion about the six-figure, two-book deal her agent, Sara Crowe, negotiated for her. We also talk about how Erin Entrada Kelley fell in love with Jessica’s book and helped her secure that vital representation. And we chat about the time Jessica was visited by a ghost, how to write an omniscient narrator, researching to help with fantasy worldbuilding, and a lot of other great stuff you’re going to love hearing about. 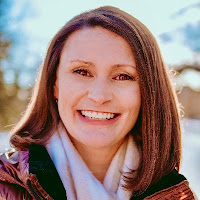 Jessica Vitalis is a Columbia MBA-wielding writer specializing in middle grade literature. An American expat, she now lives in Canada with her husband and two precocious daughters. She loves traveling, sailing, and scuba diving, but when she's at home she can usually be found recording book talks for Magic in the Middle and changing the batteries in her heated socks. Her debut novel, The Wolf's Curse, will be published September 21, 2021 by Greenwillow/HarperCollins with a second book to follow. 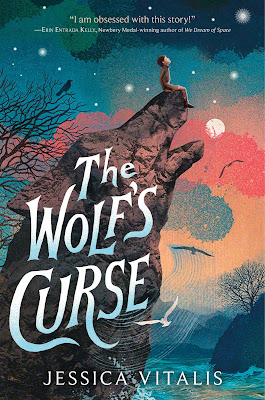 Shunned by his fearful village, a twelve-year-old apprentice embarks on a surprising quest to clear his name with a mythic—and dangerous—wolf following closely at his heels. Jessica Vitalis’s debut is a gorgeous, voice-driven literary fantasy about family, fate, and long-held traditions. The Wolf’s Curse will engross readers of The Girl Who Drank the Moon and A Wish in the Dark. Gauge’s life has been cursed since the day he cried Wolf. The superstitious villagers believe the invisible Great White Wolf brings death. If Gauge can see the Wolf, then he must be in league with it. So instead of playing with friends in the streets or becoming his grandpapa’s partner in the carpentry shop, Gauge must go into hiding. He helps his grandpapa in secret and is allowed out of the house only under the cover of night. Then the Wolf comes for his grandpapa, and for the first time, Gauge is left all alone, with a bounty on his head and the Wolf at his heels. When a young feather collector named Roux offers Gauge assistance, he is eager for the help. But soon, the two orphans are forced to question everything they have ever believed about their town, about the Wolf, and about death itself. Narrated by the sly, crafty Wolf, Jessica Vitalis’s debut novel is a vivid and literary tale about family, friendship, belonging, and grief. The Wolf’s Curse will captivate readers of Laurel Snyder’s Orphan Island and Molly Knox Ostertag’s The Witch Boy. “I am obsessed with this story!” ~Newbery Medalist Erin Entrada Kelly
JessicaVitalis.com
YouTube.com/channel/UCzdQX_goi-lZF_mfL0mqB1g
Posted by middle grade ninja at 9:28 AM