Tracy Wolff and I discuss her new young adult paranormal romance novel CRAVE, which has already been optioned as a film and a video game. We admit to being book hoarders and Tracy explains her highly unusual (and also highly successful) process for writing a novel. We also talk about how she was able to become a full-time author, saving stories from life for fiction, various magical creatures, defending Texas against wild coyotes, Nora Roberts, writing fast, the terror of being attacked and violently murdered on an open Alaskan tundra, how she chose her literary agent, and so much more. 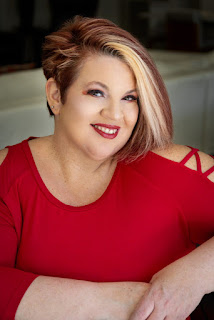 Tracy Wolff is the New York Times and USA Today bestselling author of sixty-four novels that run the gamut from young adult action adventures to new adult romance and from women’s fiction to erotica.  A long-time lover of vampires, dragons and all things that go bump in the night, Tracy loves nothing more than combining her affection for paranormal creatures with her love of writing tortured heroes and kick-butt heroines.

When she’s not writing (which is a rare occurrence), she can be found trying out new recipes, offering make-up tips online, wandering comic book/gaming stores with her sons, and watching movies or plotting stories with her besties. A one time English professor, she now writes full-time from her home in Austin, Texas, which she shares with her family. 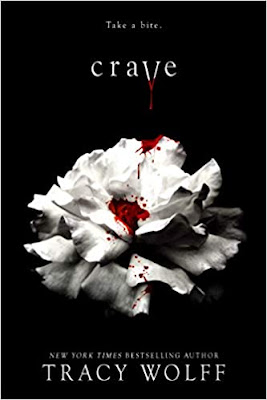 “Crave is about to become fandom’s new favorite vampire romance obsession. If you need any further evidence of how much you’ll enjoy this book, Universal Studios picked up the film rights… I will absolutely be first in line.” -Hypable

My whole world changed when I stepped inside the academy. Nothing is right about this place or the other students in it. Here I am, a mere mortal among gods…or monsters. I still can’t decide which of these warring factions I belong to, if I belong at all. I only know the one thing that unites them is their hatred of me.

Then there’s Jaxon Vega. A vampire with deadly secrets who hasn’t felt anything for a hundred years. But there’s something about him that calls to me, something broken in him that somehow fits with what’s broken in me.
Which could spell death for us all.

Because Jaxon walled himself off for a reason. And now someone wants to wake a sleeping monster, and I’m wondering if I was brought here intentionally―as the bait.

TracyWolffAuthor.com
Posted by middle grade ninja at 8:26 AM