Prepare yourself, Esteemed Audience, for this spooky first episode of October that features real ghost stories. Fellow Hoosier Francesca Zappia and I talk about our mutual love of writing horror stories set in Indiana, such as her newest, NOW ENTERING ADAMSVILLE. We discuss fictional world-building and organizing the creative life and all the things you expect us to chat about on this show. But then Chessie reveals that she lives in a haunted house and I can't stop asking questions about her paranormal experiences. 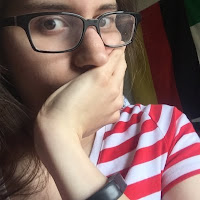 Francesca Zappia is the award-winning author of Made You Up, Eliza and Her Monsters, and the serialized novel The Children of Hypnos. She is represented by Louise Fury of the Bent Agency. She graduated from the University of Indianapolis with a degree in Computer Science and Mathematics, and currently lives in Indiana. She spends her free time drawing, playing video games, and baking.

She looks mean, but she's actually a ball of floof on the inside. 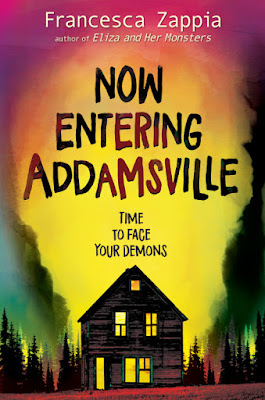 Zora Novak has been framed.

When someone burns down the home of the school janitor and he dies in the blaze, everyone in Addamsville, Indiana, points a finger at Zora. Never mind that Zora has been on the straight and narrow since her father was thrown in jail. With everyone looking for evidence against her, her only choice is to uncover the identity of the real killer. There’s one big problem—Zora has no leads. No one does. Addamsville has a history of tragedy, and thirty years ago a similar string of fires left several townspeople dead. The arsonist was never caught.

Now, Zora must team up with her cousin Artemis—an annoying self-proclaimed Addamsville historian—to clear her name. But with a popular ghost-hunting television show riling up the townspeople, almost no support from her family and friends, and rumors spinning out of control, things aren’t looking good. Zora will have to read between the lines of Addamsville’s ghost stories before she becomes one herself.

With a compelling cast of memorable characters, a vivid small-town setting, and elements of a classic whodunit, Now Entering Addamsville is perfect for fans of Brittany Cavallaro, Victoria Schwab, and The Chilling Adventures of Sabrina.


FrancescaZappia.com
Posted by middle grade ninja at 8:30 AM