Authors Adama Bah, Salvador Gómez-Colón, Freshta Tori Jan, and I discuss their debut novels in the I, WITNESS series. In ACCUSED, Adama Bah recounts being arrested and detained by the FBI under the false accusation that she was a potential suicide bomber. In HURRICANE, Salvador writes about his experience during Hurricane Maria and raising money for Puerto Rico in the aftermath. In COURAGE, Freshta describes being persecuted in Afghanistan during a genocide. We discuss how writing about their trauma helps to put it into perspective and helps them heal.

Adama Bah’s story has been featured in Adama, a short documentary, and Patriot Acts, a book about post 9/11 injustices. This is the first time Adama’s story will be told for middle grade readers. She now lives in New York with her husband and family.

Salvador Gómez-Colón is a climate resilience advocate and the founder of Light and Hope for Puerto Rico. His work has been covered by TIME , CNN, the Guardian, and the New York Times, among others. Salvador is currently a student at Yale. He lives in San Juan, Puerto Rico.

Freshta Tori Jan is a student at Calvin College, the founder of Sew True Products, and serves as a public speaker for marginalized groups. She lives in Grand Rapids, Michigan. 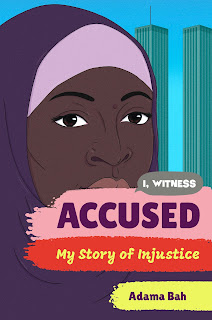 Launching a propulsive middle grade nonfiction series, a young woman shares her harrowing experience of being wrongly accused of terrorism.

Adama Bah grew up in East Harlem after immigrating from Conakry, Guinea, and was deeply connected to her community and the people who lived there. But as a thirteen-year-old after the events of September 11, 2001, she began experiencing discrimination and dehumanization as prejudice toward Muslim people grew. Then, on March 24, 2005, FBI agents arrested Adama and her father. Falsely accused of being a potential suicide bomber, Adama spent weeks in a detention center being questioned under suspicion of terrorism.

With sharp and engaging writing, Adama recounts the events surrounding her arrest and its impact on her life―the harassment, humiliation, and persecution she faced for crimes she didn’t commit. Accused brings forward a crucial and unparalleled first-person perspective of American culture post-9/11 and the country’s discrimination against Muslim Americans, and heralds the start of a new series of compelling narrative nonfiction by young people, for young people. 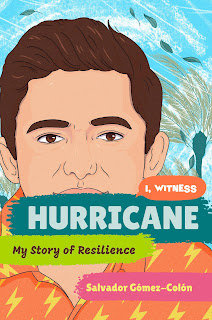 Suffering heavy damage in the wake of Hurricane Maria in 2017, Puerto Rican communities lacked access to clean water and electricity. Salvador Gómez-Colón couldn’t ignore the basic needs of his homeland, and knew that nongovernmental organizations and larger foreign philanthropies could only do so much. With unstoppable energy and a deep knowledge of local culture, Salvador founded Light and Hope for Puerto Rico and raised more than $100,000 to purchase and distribute solar-powered lamps and hand-powered washing machines to households in need.

With a voice that is both accessible and engaging, Salvador recalls living through the catastrophic storm and grappling with the destruction it left behind. Hurricane brings forward a captivating first-person account of strength, resilience, and determination, and heralds the start of a new series of compelling narrative nonfiction by young people, for young people. 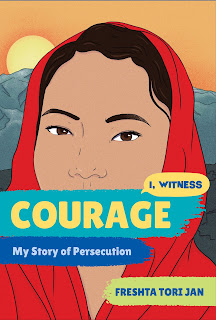 Continuing this propulsive middle grade nonfiction series, a young woman once persecuted by the Taliban shares her journey to becoming a community activist.

As a girl and as part of an ethnic minority in Afghanistan, Freshta Tori Jan was persecuted relentlessly. Her family faced kidnappings and daily murder attempts on the bus, on the way to school, in the workplace, and beyond. Freshta’s school was shut down by the Taliban, and many of her friends were murdered and shot. Her journey through poverty, terrorism, and other forms of injustice has enabled her to be a voice for those unable to share their stories and those unable to receive the opportunities she has sought. She believes in empowering youth in order to bring about change and be the leaders of today and tomorrow.With a voice that is both accessible and engaging, Freshta brings forward a captivating first-person account of strength, resilience, and determination, and delivers compelling narrative nonfiction by young people, for young people.