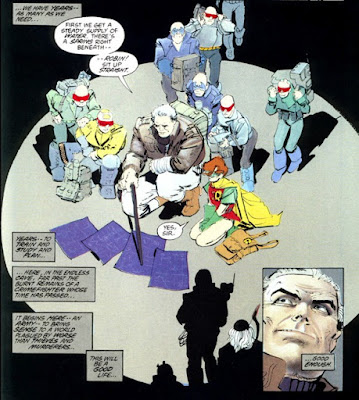 Last time on Ninja Stuff: I announced I've published my mean and nasty Young ADULT novel All Together Now: A Zombie Story, available here. I compared success in publishing to winning the lottery and marveled at the wonders of the internet and the hope it holds for writers.

And now the thrilling conclusion...

Over the last two posts, some of you Esteemed Readers have no doubt been wondering what my agent thinks about my decision to self publish. You'll remember he did a guest post here. Actually, Uwe is amazingly supportive of my decision. He remains my agent and one of my most favorite people. He gave me words of caution when I let him know of my plans, but he let me make the decision to take my publishing career in hand. He's thanked in the acknowledgements of All Together Now: A Zombie Story and I'd like to thank him here:

No one has done more for me in terms of opening doors and teaching me about the publishing industry than Uwe Stender. There are many great literary agents in the world, but I'll always secretly think he's the best. Down the road, if opportunities come up to broaden the reach of my books, I'll want Uwe to negotiate any deals because I trust him completely and he's believed in me from the beginning. He still believes in me and anyone lucky enough to be offered representation by Dr. Stender has already won the lottery.

The problem with the traditional publishing model as I see it is that one has to keep winning the lottery. One has to also find the right editor (having an agent sure helps, but its no guarantee), the right publisher, the right cover designer, and then the right number of readers within the right time frame. If you're really lucky, your book will emerge onto shelves looking something like what you intended, and if you're really, really lucky, you might sell enough copies to get to publish another book.

That being said, the traditional publishing model can and does work. I've seen it. My friend Mike Mullin makes a full time living as a writer and he works harder than anyone I know to do it. And if anyone could definitively proclaim traditional publishing or indie publishing better, it certainly wouldn't be the middle grade ninja guy. Esteemed Reader, I'm not that smart and I don't know.

All I can tell you is that right now, for me, indie publishing is the more attractive option. I'm married to and am the son of professional editors, my best friend (that's his portrait above) is the only illustrator I want, and the YA Cannibals sort my content for me so I don't make a total fool of myself. I have the support system in place to publish my own books and the digital revolution has given me the means to distribute them.

With my son about to be born, I don't have time to go on tour and pitch books to schools and libraries for the six months I have to make a splash before shelf space is needed for someone else. But I do have time to keep an online presence and build a readership for my books over a lifetime (however long that turns out to be). And I can make the occasional one-day library or school visit.

For 14 years I've been knocking on the doors of traditional publishers. For half that time, I collected form rejections, which is what my work merited. But I got better and smarter. I studied the market and the craft of writing, and form rejections gave way to personal notes and then professional critiques. An agent signed me and others have since come to me to ask what I'm working on, which is like attractive women hitting on you after you're married:) Editors have told me yes, then had to come back and tell me no when committee overruled them. Last year, I was so certain I had a deal I switched jobs in part to give myself more money and time to go on a book tour.

My novel, The And Then Story (actual title to be revealed soon), gained rave reviews from children I've never met and the endorsement of Richard Adams. Multiple editors have assured me its ready for publication, yet it's still not published. Something about that book has kept it from the gate at the last minute on multiple occasions. It could be simply that I'm an unknown author, which represents a risk to the publisher. It could be I've been trying to get approval to pick my own illustrator, which is mostly unheard of. Or, as has been suggested to me by multiple sources, it could be another reason having nothing to do with the quality of the book I don't care to comment on.

Update: I originally beat around the bush here, but Banneker Bones and the Giant Robot Bees was most likely not published because of systemic racism in traditional publishing. Some editors later told me as much in one of this blog's most popular posts.

At any rate, I'm not willing to let The And Then Story be banished to a shelf where none but me will ever know it existed. The star of that book is a half-black, half-white boy I can't wait for you to meet. As I'm about to be the father to a half-white, half-black boy, I want my son born in a world where that book is available to be read by anyone. Some Americans still lose their stuff over Cheerios commercials and in parts of this country, Mrs. Ninja and I still get plenty of evil looks for being together.

Some day I'm going to have to tell my son why he can't wear a hoodie and walk in just any neighborhood. I don't want to also have to look him in the eye and say "Daddy wanted to publish books about a boy like you, but they told him no, so he gave up." Or, worse, "Daddy compromised his vision and published a book sort of like the one he wrote."

The world is how it is. But I want to leave a world for my child that's a little better than it was when I found it. Traditional publishers are welcome to approach me after I've established my brand here online and after I've published my books the way I want them to be published, but for now I've got to do this on my own.

I don't know how this indie publishing thing is going to work out for me, but I like it. I'm proud of All Together Now: A Zombie Story. For better or worse, it's exactly the book I wanted it to be. It's never going out of print and there will always be enough shelf space.

I'm confidant I'll fall flat on my face at least once or twice and certain I'll make mistakes. No doubt, I will learn some painful lessons. But do you know what will happen if I don't take a chance? Nothing. The only way I know to get where I'm going is to consult as many maps as I can and start moving forward. A few readers is so much better than the no readers my book would gather on my shelf.

I decided for certain to go indie after a car accident. I walked away with a bloody arm and a totaled vehicle, but I was lucky enough to walk away. Earlier this year, I had to have a tooth removed. One day, Esteemed Reader, I will die. My body will get old and fail. Before that happens, I'm going to publish my books.

Esteemed Reader, what I've found is writing for publication makes all the difference. In the mornings, when I get up to write, I don't feel like a fool wasting time on the same thing that hasn't worked. I know I'm crafting a story that will be available to be read, maybe by only a few readers, it's true. But this blog only had a few readers in the beginning and the audience has grown and is growing.  When my books are available all around the world and forever, anything's possible.

Surrounded by my friends, creating reality of our dreams, chasing readers instead of editors, I feel like Bruce Wayne at the end of The Dark Knight Returns (seriously, you've got to read that book) when he says, "This will be a good life. Good enough."

Posted by middle grade ninja at 7:50 AM

Email ThisBlogThis!Share to TwitterShare to FacebookShare to Pinterest
Labels: All Together Now: A Zombie Story, Batman, Going Indie, Indie Publishing, NINJA STUFF, Racism, The And Then Story, Zombies