GUEST POST: "Writing the Truth (and making it funny)" by Lori Ann Stephens 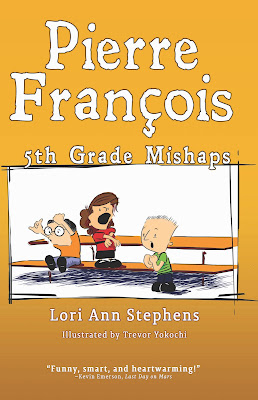 Pierre François: 5th Grade Mishaps wasn’t a stroke of inspiration from la Muse (my writing goddess). When my younger son was in fifth grade, he developed a strange habit: each day, he’d come home from school complaining about recess, about boys, about girls, about teachers, about noises and smells and tastes.

To Julien, fifth grade was a year of social changes that seemed inexplicable and annoying. We spent dinnertime trying to find the humor in his daily trials, and as all desperate parents do, I focused on the merits of optimism. That’s where the book was born: out of our dinner conversations.

“Please write a book about my year,” he asked. And so I did—via fiction. Julien read and approved each chapter, adding inspired anecdotes that made him laugh at what was previously merely aggravating.

His mother is American and his father is French; both parents are academics, all reflections of our real family. Writing the book gave me the opportunity to poke fun at myself, too. Mothers mean well, but we can be a little overprotective.

But writing a novel that is influenced by real family members, real events, and real places can bring up some ethical questions: will the portrayals embarrass anyone? Will readers assume that every event in the book actually happened?

The answers to these questions need serious reflection. Pierre uffers from enuresis, a kind of prolonged intermittent bedwetting that millions of children deal with in silence, shame, and frustration. I wanted to balance Pierre’s pride in his French heritage with his secret shame of his malfunctioning body.

The novel is a story about the social and physiological changes that occur in fifth grade, presented in glossy wrapping for young readers who need a bit of empathy or optimism. But first, I needed to be absolutely certain that my son was okay with Pierre’s portrayal and the challenges he faces. He was.

Then, I had to be absolutely certain that his inspirational teacher was also okay with the way I’d written Pierre’s favorite teacher in the novel. He was.

We writers tend to get terribly nervous when a book is about to be published—will someone know I’ve kind-of-sort-of based that character on her? Will someone accuse me of portraying him unfairly?

Most of the time, we’ve changed the characters so dramatically that the original inspiration is transformed and unrecognizable to none but ourselves. Other times, people ask excitedly, “Is that character based on me?” and we’re utterly surprised, because no. (People will find the truth where they look for it.) One way to quell the nerves is to write responsibly and pay attention to those ethical questions sooner rather than later. 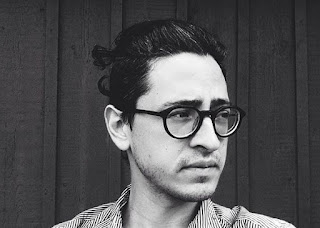 My older son Trevor Yokochi, an artist who graduated from Meadows School of the Arts at Southern Methodist University, provided over 80 illustrations for the novel. So this book really was a family affair—a book rooted in collaboration, humor, and the true trials of pre-teens. I hope Pierre finds his way in the world and delights young and older readers with his unique personality and not-so-unique fifth grade challenges. 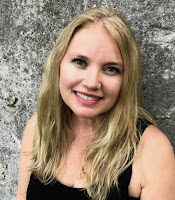 Lori Ann Stephens is the award-winning author of Song of the Orange Moons (Blooming Tree Press, 2010) and Some Act of Vision (ASD, 2013). She likes operas and baking competitions and cat videos. She also builds things without breaking the house. She teaches at Southern Methodist University and lives in Richardson, Texas.

Find out more on Amazon.

Ten-year-old Pierre Francois-otherwise known as Pierre the Fantastic Flying Fish and Pierre the Genius Brain-is an expert at signing his school papers with original names.

loriannstephens.com
Posted by middle grade ninja at 10:26 AM