NINJA STUFF: How I Met My Agent (Part One) 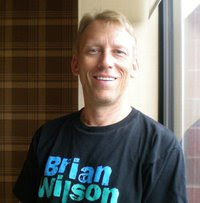 THIS WEEK IN NINJA-ING: Tuesday's Book of the Week is Professor Gargoyle, the first book in the series Tales From Lovecraft Middle School. Wednesday we're discussing Chapter 9 of Harry Potter and the Goblet of Fire, and Thursday author Charles Gilman will face the 7 Questions. Saturday, as ever, we'll be joined by a surprise literary agent.

Hi there, Esteemed Reader. I know it's been a while since I wrote a post that was just for us as we've had guest posts from literary agents my last two Ninja Stuff columns. But today your Ninja is back and it's just you and me. It's a big let down, I know:(

But if it helps any, I'm going to talk a bit about agents and tell you how I snagged mine. Incidentally, should any of you Esteemed Readers happen to also be a literary agent and you'd like to face the 7 Questions or write a guest post, email me at once. I think, by the end of this post, we'll all agree whatever you have to offer would've made for better reading:)

I'm never quite certain how much information about my writing career to share with the internets. It was easier when this blog was young and the traffic numbers were much smaller and I didn't occasionally have nightmares about standing naked on a stage in front of this blog's page-view count:)

I like to tell you the lessons I'm learning in hopes they might be a help to you, Esteemed Reader. But some of those lessons are hard and embarrassing and I'd just as soon not learn them publicly. Just as I wouldn't post a manuscript on this blog, I don't want to make all my private writing life public. Nor do I want the publishing professionals I interact with fearful our conversation will end up as a post here (which is why I always get permission before I share anything).

On the other hand, the posts on other blogs I most like to read are writers sharing their successes and failures. And I don't want to be so timid as to not say anything. So don't expect me to share past rejections or stories about the literary agents who were particularly rude and nasty to me (only a very few). But since Dr. Uwe Stender wrote in his guest post that he's submitting my most recent manuscript, it's fair game for me to openly acknowledge I'm represented by Dr. Uwe Stender:)

The metaphor most commonly associated with the agent/writer relationship is a marriage, and it's as good a metaphor as any so long as both parties remember it's a professional relationship. Mrs. Ninja might be so good as to pick my underwear off the coffee table (I have my reasons), but Uwe shouldn't be expected to give the earliest and most difficult revision notes to my first drafts--that's the YA Cannibals' job.

Uwe always gives me great feedback on my writing, but I don't send him anything until it's as polished as I can get it. In a marriage, Mrs. Ninja sees me first thing in the morning with Wolverine hair. In my professional agent/writer relationship, my agent doesn't see my manuscript until it's tarted-up like a cheap floozy:)

Mrs. Ninja may listen to me ramble about nothing 15 minutes before sleep, but the emails I send Uwe are as focused and too-the-point as I can make them (usually). If I called Uwe, he'd answer and probably make time to talk with me--we've had some really great long phone conversations--but he's a busy man, busting his butt for me and his other clients, so I'm respectful of his time. I also trust he's going to let me know the moment he has information for me because he's earned that trust.

I don't worry about Mrs. Ninja going out with friends and meeting a handsome stranger. If I had to worry about that, she wouldn't be Mrs. Ninja. I don't text her all night obsessing about who she's with so long as I know where she is, when she'll be home, and that she's safe. Similarly, I don't have to email my agent everyday asking what he's doing next--he's perfectly capable and I know he's representing my interests.

Our division of labor is pretty clear: I let Uwe worry about the submitting, I focus on the writing and blogging. Uwe always shoots me straight and I value his council. I've also learned not to ask questions I don't want to know the answer to, because Uwe is always honest:) I run story ideas by him and I even changed the age of my main character in my last manuscript at his suggestion. Our agent/writer relationship is greater than any agent/writer relationship I ever realistically hoped to attain, and I'm very, very grateful.

Obviously, I'm aware there are other literary agents out there--I'm bugging them for an interview every week:) Since starting this blog, I've met and talked with many of them and I've also chatted with enough writers to hear some absolute horror stories. It's a rough world out there and the best advice I can give to any writer seeking an agent is to do your homework. Learn as much about the agent as you can up front and don't just go with the first one who offers representation. Enter a contract of literary representation with both eyes open.

For all the horror stories I've heard, most literary agents are awesome. They really are, especially the ones who've appeared at this blog:) Being a literary agent is not a get-rich-quick scheme, or even a viable pay-the-rent job for every agent. The agents who do well are passionate about books and their clients' writing and just as I can't not like someone who loves books, I can't not like agents. Even the bad ones have an interest in advancing writers and writing, which makes them my natural allies.

I understand writers without representation complaining about and even being irrationally angry at agents.  Such anger doesn't help and is energy better directed toward improving your work, but I get it. I've collected  my share of rejections and they, like Wolverine's claws when they come out, hurt every time:) When I was a young Ninja, I had plenty of guy friends declare all women horrible after one broke their heart and I've done it myself.

I'll tell you how we met and how it all came about, but if I tell you today, how can I get you to come back for more:)


Posted by middle grade ninja at 8:08 AM