Alyson Gerber and I discuss how to talk about food and diet for teens and creating sympathetic parent characters in her newest YA novel, TAKING UP SPACE. We also chat about how her ADHD is helpful to her as an author, the benefits of a background in acting, her writing workday, how wearing a back brace as a teen helped prepare her for the pandemic, how she selected her audiobook narrator, a ghost named Mary, the attractiveness of armpit hair, and more. 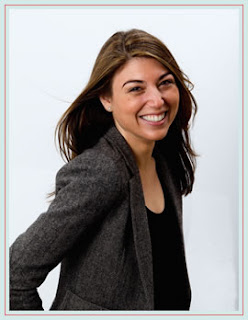 Alyson Gerber is the author of the critically-acclaimed, own-voices novels Braced and Focused published by Scholastic. Her third novel Taking Up Space will be in stores on May 18, 2021. She has an MFA from The New School in Writing for Children and lives in New York City with her family. Follow her on Twitter and Instagram @AlysonGerber.
Braced, Focused, and , Taking Up Space are all Junior Library Guild Gold Standard Selections. Braced received three starred reviews and has been nominated for state book awards in Oklahoma, Indiana, New Hampshire, Virginia, South Dakota, and Georgia. Focused was picked as a best book of year by The Today Show, Kirkus Reviews, and A Mighty Girl and has been nominated for state book awards in Rhode Island, Oklahoma, and Michigan. Alyson’s latest novel, Taking Up Space, based on her experience with disordered eating, will be published on May 18, 2021. Taking Up Space will help readers recognize how much they matter and see that if something negative is taking up space in their minds, even if there isn’t a name for it, they should ask for help. 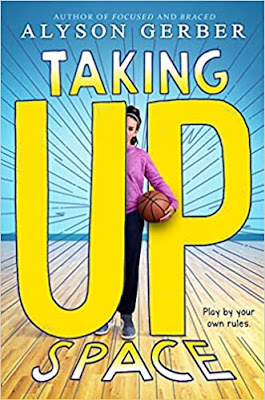 From beloved author Alyson Gerber comes another realistic contemporary novel perfect for fans of Judy Blume.
Sarah loves basketball more than anything. Crushing it on the court makes her feel like she matters. And it's the only thing that helps her ignore how much it hurts when her mom forgets to feed her.
But lately Sarah can't even play basketball right. She's slower now and missing shots she should be able to make. Her body doesn't feel like it's her own anymore. She's worried that changing herself back to how she used to be is the only way she can take control over what's happening.

When Sarah's crush asks her to be partners in a cooking competition, she feels pulled in a million directions. She'll have to dig deep to stand up for what she needs at home, be honest with her best friends, and accept that she doesn't need to change to feel good about herself.

Booklist described Gerber's novels in starred reviews as both "highly empathetic" and "truly inspiring." Taking Up Space promises to be a realistic and compelling story about struggling with body image and learning that true self-esteem comes from within.
AlysonGerber.com
Posted by middle grade ninja at 11:04 AM