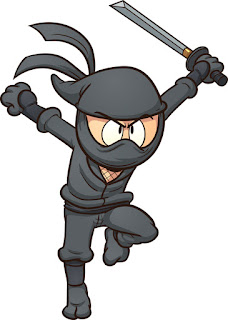 Occasionally, Esteemed Readers have come up to me or written me with questions about grammar in my books. My first reaction is embarrassment as typos happen to the best of us despite paying multiple editors and when one is found I want to hear about it post haste so I can correct it for future editions of the book in which it was found. More often, I'm pleased to say, I find that readers haven't found a typo (this is a professional outfit we're running here), but disagree with me on a grammatical stance.

I started an official house style guide years ago to keep things consistent as I work with multiple editors and critique partners on each project. I was trained on The Chicago Manual of Style and have whole pages of it memorized, so typically it's my default... except for when I disagree.

One of my critique partners, God love her, marks every ellipses of mine with the need for an extra space before it and has done this for five or six books straight as though I simply haven't picked up on her not-so-subtle hints. I don't care what AP says! Spaces before an ellipses are gross and anyone who doesn't think so is welcome to publish their own book with the spacing however they like, but my books will never have that hideous space ahead of or after an ellipses ... or will they ...no, they won't:)

What follows is a seemingly random listing of grammar rules I've encountered in publishing my books. These are either decisions I've had to make, or in too many cases, rules I never bothered to learn and now have to be reminded of so I don't look silly. I continue to update this listing with new items as they come up (though I prefer to keep the guide short enough to be useful).

I don't know why anyone not connected to the publishing of my books would be interested in this house style guide, but after multiple emails engaging me in grammar arguments (the most bitter battles I've had), I'm making this guide public in the interest of saving time.

--Kirkman Soda (no 's), but the flavors are Kirkman's Original, Kirkman's Chrome Lightning, etc., and the short hand is a can of Kirkman's.
--Capitalize Italian, Caesar, French dressing, not ranch dressing (unless referring to specific region of origin), Balsamic vinaigrette. DO NOT capitalize 'french' in 'french fries'

--Use 's to establish ownership, except after a name ending in 's' such as in Banneker Bones' case.

--Dual = two. Duel = fight, possibly with lightsabers (yeah!)
-Goodnight is usually one word, not two. Search for "good night" to save you from yourself.

--Six-pack, not six pack
--home run, not homerun
--face-first, not face first
--Be suspicious of "the sound of" or "the sounds of." Frequently unnecessary phrase.

--Offense and offence are both technically correct, but we use the Americanized offense.

--Reverend capitalized only when used as a formal title, not as an identifier. The reverend forced Chuck's hand.  "This is the Reverend Hopstead," Peter Davis said. "We got Sister Rachel inside, Reverend," said one of the men.

--Videogame, not video game. This is a word in the process of changing, but we're ahead of the curb.

--Seatbelt, not seat belt. There is an ongoing debate about which is correct, but ultimately common sense will win out and we'll be ahead of the curb. Two words is a silly way to go when one will do.

--Backseat, not back seat.

--Homo sapiens, Latin for wise man or knowing man, is a singular phrasal noun. Like all Latin taxonomic names, Homo sapiens is italicized. The genus name (Homo) is capitalized, and the species name (sapiens) is not. After the first mention, it is often abbreviated H. sapiens.

--Shapeshifting is one word, not shape-shifting

--Always use 'blond' over 'blonde' except when referring to a woman as a noun; i.e. the pretty blonde. In most every case, just use 'blond' regardless of gender to save time.

--Numbers one through ten are written, 11 and up are numerical EXCEPT IN DIALOGUE. Any numbers within quotation marks should be spelled out. Regardless of where they appear within the whole number, all numbers between 21 and 99 (except 30, 40, 50, 60, 70, 80, and 90) should be hyphenated. One hundred and twenty-seven, "Open your hymnals to number one twenty-seven." Note, that exceptions can be made to this rule when multiple numbers appear in the same sentence or paragraph: "8 boys and 12 girls of the Archimedes Program."

--Comma after "well" as in "Well, that's settled." Exception: "well then," in which case the comma goes after "then"

--Comma after "Oh" at the beginning of phrase except for two words such as "Oh no," and "Oh crap!"

--In titles, prepositions with fewer than four letters aren't capitalized (and, for, to, etc); Except in formatted chapter titles, because they're my books and I think they look nicer that way:)

--"For Sale" sign is in capitals and quotes. "You blew past five stop signs on your way to that 'For Sale' sign."

--Dumpster was trademarked, but the patent expired in 2014, so it's no longer necessary to capitalize. Use Dumpster only when referring to that particular model. For other trash bins, dumpster is acceptable.

--Checkout aisle, instead of check out that aisle, it's hot!

--House style for ellipses: no space before/after subject, but before new thought. ...and died. He couldn't eat at all... or could he?

--thumbs-up, not thumbs up or thumb's up

--Unholster a gun, not un-holster

--T-shirt, not t-shirt, tee-shirt, or tee shirt, though all are technically correct.

--Abbreviation for United States is officially a matter of preference between British preferred US and American preferred U.S., but we're using U.S. to avoid ambiguity and because 'Merica!

--Anymore, except when referring to actually more of something: I don't love you anymore, I'm not going to give you any more sex.

--When swearing, goddamn it, goddamned, not capitalized (unless character is really religious and I find it funny). Capitalize God and other words referring to Jehovah (sorry Greek gods), unless character in question wouldn't do that sort of thing. Capitalize 'Fruit of the Spirit.'


--If you are talking about the Earth as a proper noun, as a planet or celestial body, then you can capitalize Earth and use no article (the): How far is Earth from the Sun? But it is also fine to leave it as lowercase and use the with earth if you are talking about it as the planet we live on. Earth is not capitalized in idioms, such as "salt of the earth." For most uses, error on the side of not capitalizing:)

--As a noun: X-ray. As a verb: x-ray. The doctor is going to x-ray my stomach, so we can study the X-ray and determine what manner of creature is eating its way out from my insides.

--We hyphenate modifiers for clarity: a “large-animal veterinarian” might be different from a “large animal veterinarian.” The simple rule for hyphenation with an adverb ending in -ly, as stated in The Chicago Manual of Style, is as follows: Compounds formed by an adverb ending in ly plus an adjective or participle (such as largely irrelevant or smartly dressed) are not hyphenated either before or after a noun, since ambiguity is virtually impossible. (The ly ending with adverbs signals to the reader that the next word will be another modifier, not a noun.) https://www.merriam-webster.com/words-at-play/6-common-hypercorrections-and-how-to-avoid-them/hyphenating-ly-adverbs
Posted by middle grade ninja at 4:25 PM