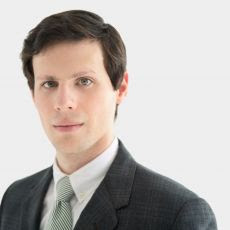 Mark Gottlieb’s focus on publishing began at Emerson College, where he was a founding member of the Publishing Club, later its President, overseeing its first publication and establishing the Wilde Press.

After graduating with a degree in writing, literature and publishing, Mark began his career with the Vice  President of Berkley Books (Penguin), working with leading editors.

His first position at the Trident Media Group literary agency was in foreign rights, selling the books of clients around the world. Mark later worked as Executive Assistant to Robert Gottlieb, Chairman of Trident, with responsibility for organizing/managing diverse authors and their complex business transactions. He next assumed the position of audio rights agent. Since Mark has managed the audio rights business, the annual sales volume has more than doubled. Mark showed great initiative and insight in identifying talented writers.

In passing the Audio Department's torch, Mark is building his own client list of writers. He is excited to work directly with authors, helping to manage and grow their careers with all of the unique resources that are available to Trident. Since that time he has ranked as high as #1 in Agents on publishersmarketplace.com in Overall Deals. He has also ranked #1 in categories such as Science-Fiction/Fantasy, Children's, and Graphic Novels. He has ranked in the top five for Thriller, Mystery/Crime, Womens/Romance, Young Adult, and certain nonfiction categories such as Pop Culture, Memoir, How-To, and Humor.

“The Simpsons”
“Kids in the Hall”
“The Twilight Zone”

The ideal client should be patient, since book publishing can be a slow process, but at the same time they should be curious about the book publishing process, and how their role fits into it/how they can help as a central figure in the success of a book’s publication.

I would like to receive some more titles by award-winning and bestselling authors in most any category of fiction and nonfiction. Works carrying blurbs/advance praise also have the promise of doing well in the eyes of agents and publishers, in addition to authors with other credentials such as a MFA or residency at a renowned workshop. I am not receptive to poetry, short story collections, nor novellas.

My favorite thing about being a literary agent at Trident Media Group was put best by my client Domenick Dicce, author of YOU’RE A VAMPIRE: THAT SUCKS! (A Survival Guide): “Thank you for making my dreams come true. Looking forward to working together in the future.”

My least favorite thing is when I believe strongly in a project but a publisher or readership might not feel the same way, and therefore the author’s dreams can’t always be fully-realized.

Some strengths to focus on:

I would like to have lunch with Ralph Ellison to ask him whether or not his house truly burned down by accident or arsonist. Lost in the house fire was an unfinished novel said to rival INVISIBLE MAN. As a perfectionist who was very hard on himself, Ellison expressed his dissatisfaction when receiving his National Book Award for INVISIBLE MAN, stating that the novel was only “an attempt at a major novel.”

Ellison claimed that more than 300 pages of his second novel manuscript were lost in the house fire. Ellison eventually wrote more than 2,000 pages of this second novel but never finished it. Instead, he suffered from writer’s block and stared at a blinking cursor for the rest of his life—a reality that a lot of authors experience after achieving immense success, which is something we must all overcome.

tridentmediagroup.com
Posted by middle grade ninja at 10:00 AM