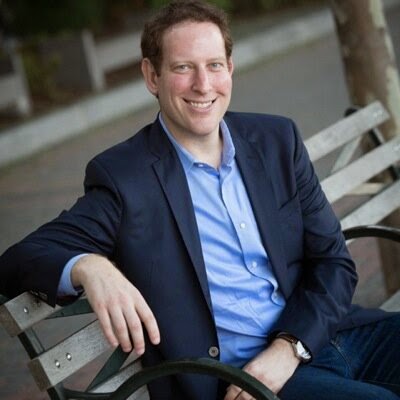 Jason Pinter is the founder and publisher of Polis Books, a new independent publishing company for the digital age focusing on commercial fiction. He is also the bestselling author of five thrillers: THE DARKNESS, THE FURY, THE STOLEN, THE GUILTY and THE MARK, which was optioned to be a major motion picture, as well as the Middle Grade novel ZEKE BARTHOLOMEW: SUPERSPY. He has been nominated for the Strand Critics Award, the Barry Award, the Shamus Award and the Thriller Award, and his books have nearly 1.5 million copies in print in over a dozen languages. Prior to founding Polis Books, Pinter worked at Warner Books, Crown Publishing, St. Martin’s Press, Grove/Atlantic and the Mysterious Press. He lives in New York City. Follow him on Twitter at @jasonpinter.

REDWALL by Brian Jacques – I must have read this book a dozen times, and then devoured the entire Redwall series. A couple years ago I bought the repackaged books because they just felt like they belonged on my shelf as an adult.

THE SWORD OF SHANNARA by Terry Brooks – I actually read this series ‘before’ I read THE LORD OF THE RINGS, so I didn’t realize just how much Brooks owed to J.R.R. Tolkien, while also magazine to create a whole world on his own. I still remember literally waiting outside the bookstore every time a new Shannara book was released so I could finish it on the first day.

THE HARDY BOYS/ENCYCLOPEDIA BROWN – This is probably where my love of crime fiction came from. I love the sleuthing, the detective stories, and trying to figure out the cases along with the characters.

The “Indiana Jones” series of course. I must have dressed up as Indy for something like five straight Halloweens.

“Wall-E” - Perhaps the greatest animated movie of all time. I honestly got misty the first time I saw it, and probably couldn’t watch it around other people because the same thing would probably happen again.

“Ghostbusters” - because of course. But is it weird that my favorite character was always Slimer?

Someone who is just a born storyteller. Some people get caught up in the language and prose—which is hugely important—but I always look for a writer who knows how a story begins, progresses and ends, with writing that keeps the paging turning. A writer who has read enough to know what works and what doesn’t, and that a bad book can teach you as much as a good book. A writer who is also a professional and hits their deadlines, understands that the editorial process is for their own good, but is confident enough in their abilities that they’re willing to fight me on something if they think I’m wrong.

I still have a soft spot for epic fantasy, along the lines of THE SWORD OF SHANNARA or the ERAGON series. I’d also love to see mysteries and thrillers for younger readers. But I’m also a big fan of funny adventures, which is part of the reason I wrote my own middle grade novel ZEKE BARTHOLOMEW: SUPERSPY! In my mind there should be humor in just about every young novel, because who would want to live in a world without humor?

I am and have always been a reader first, so I love the thrill of reading a submission that turns out to be good and sucks me in. The wonderful feeling when I’m lucky enough to acquire a book I really want to work on, and it’s even sweeter when the author turns out to be fun to work with. My least favorite thing is authors who don’t really get involved in the publication process, don’t really offer feedback on much and are happy to write and then stay out of it. I’d much rather work with an author who wants input into the whole process: editorial, design, marketing, everything. If an author truly cares how their book is published, it will help us and invigorate us.

Never stop reading. Read everything you can get your hands on, even books that you don’t think are your ‘taste’. You might learn something new from a book you wouldn’t ordinarily read, and sometimes leaving your comfort zone allows you to experiment and stretch your own abilities. If you’re writing in a certain genre, know the genre well. Know what works and what doesn’t work. You can follow tried and true formulas, but always put your own spin on it. A book, in many ways, should be a reflection of your own personality.

Stephen King. He’s been my idol since I was a teenager. Only I’d make sure it wasn’t just lunch, but dinner, breakfast, lunch the next day, maybe a few movies (on second thought, I might get arrested if I keep him that long).

www.jasonpinter.com
Posted by middle grade ninja at 9:03 AM