Sara Pennypacker and I discuss tips for writing from the perspective of a fox in her long-anticipated sequel to the classic novel PAX, PAX: JOURNEY HOME. We chat about how she interviews animals and how she addresses darker subjects such as the full cost of war in children’s literature. We also talk about the novelization of SHARK TALE, how focusing on an injustice often leads to discovering a story’s theme, the critical role an author for children must play, the principal of oneness, the importance of remembering the story is boss, and so much more. 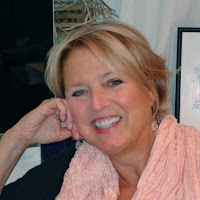 Sara Pennypacker was a painter before becoming a writer, and has two absolutely fabulous children who are now grown. She has written over twenty children's books including Pax (illustrated by Jon Klassen), Here In The Real World, the Clementine and Waylan series (both illustrated by Marla Frazee); Stuart's Cape and Stuart Goes to School (both illustrated by Martin Matje), Meet the Dullards, and others. Sara splits her time between Cape Cod, Massachusetts and Florida She divides her time between Cape Cod, Massachusetts, and Florida. You can visit her online at www.sarapennypacker.com. 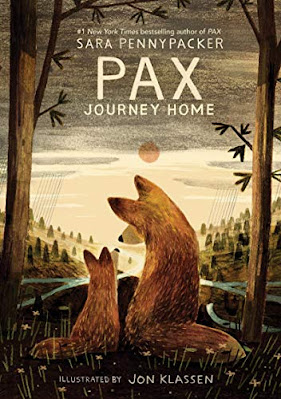 From bestselling and award-winning author Sara Pennypacker comes the long-awaited sequel to Pax; this is a gorgeously crafted, utterly compelling novel about chosen families and the healing power of love.

It’s been a year since Peter and his pet fox, Pax, have seen each other. Once inseparable, they now lead very different lives.

Pax and his mate, Bristle, have welcomed a litter of kits they must protect in a dangerous world. Meanwhile Peter—newly orphaned after the war, racked with guilt and loneliness—leaves his adopted home with Vola to join the Water Warriors, a group of people determined to heal the land from the scars of the war.

When one of Pax's kits falls desperately ill, he turns to the one human he knows he can trust. And no matter how hard Peter tries to harden his broken heart, love keeps finding a way in. Now both boy and fox find themselves on journeys toward home, healing—and each other, once again.

SaraPennypacker.com
Posted by middle grade ninja at 9:47 AM