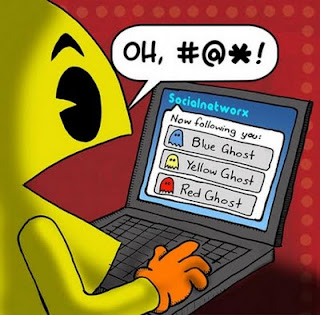 I’m a kid with a new toy. I have just discovered twitter. Yes, I know it has been around since World War II and everyone else is an old hand at tweeting and you totally can’t believe I’ve never done it before now. The important thing is that I am tweeting now and I love it!

Last night, I attended an online chat about YA fiction featuring mostly published authors, literary agents, and professional editors. The best part is they were all online tweeting answers to questions from unpublished authors. It was like attending a writer’s conference, except it was free and I was in my pajamas eating macaroni and cheese.

For those of you with twitter experience, you can ignore this post. But for those of you who have never tweeted, you’ve got to try this thing. Seriously. Last night I asked a big-time editor a burning question I had had for weeks about my WIP and she tweeted back an answer in less than a minute! Just like that! And the new-fangled televisions come in color!

I had been resistant to twitter because I thought it would just be Ashton Kutcher telling me about things he was thinking of buying for Demi and teenagers confessing crushes and I so don’t care. Turns out it’s a whole lot more than that. Turns out it might be just be one of the most important tools at a writer’s disposal and I’m a fool for not getting on board sooner.

Also, Roger Ebert is a twittering fool! His tweets brighten my day.
Posted by middle grade ninja at 5:46 AM