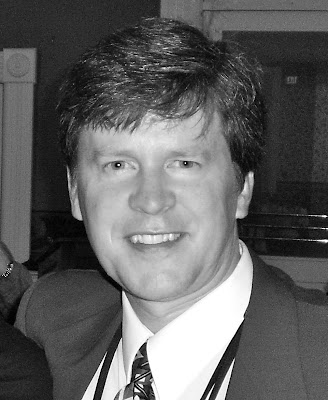 Michael Ferrari is the author of Born to Fly

. Click here to read my review.
Here is his official bio: Michael Ferrari lives in Ohio, where he is a writer and a teacher.

Born to Fly won the Delacorte Yearling Prize for a first middle grade novel. Mr. Ferrari got the idea for Born to Fly at a WWII airshow, when he overheard a boy telling his little sister that girls could never be fighter pilots. He wrote the story for her, and his daughters.

Ask the Dust by John Fante, Long After Midnight by Ray Bradbury, and a tie between A Semester in the Life of a Teenage Garbage Bag by Gordon Korman/Blubber by Judy Blume

I’m a terrible procrastinator. After teaching and parenting, I write maybe 2 hours a day if I’m lucky. Reading to myself is not so regular. Maybe five hours a week, more if I really like the book.

After many rejections from many publishers and agents I won the Delacorte Yearling Prize which is a great award because they publish your book.

Some are born. There are intuitive writers whose voice and ability to plot and tell a story just pours out of them. I don’t know if you can teach writing, but you can learn it. A writer can definitely learn craft and hone their skills.

Which was true for me?

For a long time I never even considered that I could be a writer. It seemed ludicrous, like wanting to be the Queen of England or something. The change came when I decided to change my attitude. When I began to write with confidence. You must write with the attitude and belief that the thing you bring to the table is the fact that no one else could tell this particular story the way you can.

Writing a scene that moves me.

When you write for children (or anyone for that matter), imagine you are sitting around a campfire at night with a small group of your audience and you’ve got their attention. Now it’s your job first and foremost to entertain them, hopefully inspire them and perhaps even enlighten them a little. Frank Capra said it was a huge privilege and responsibility to be able to communicate with people for two hours in the dark. The cardinal sin was don’t bore them. I feel the same way about books and writing.

Ray Bradbury. Every time I read him or hear him speak, he inspires me.

Posted by middle grade ninja at 11:10 AM