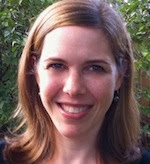 Joan Slattery joined Pippin Properties, Inc., as a literary agent in November 2010. Prior to that, she spent nearly twenty years editing fiction and picture books for Alfred A. Knopf Books for Young Readers (Random House). As an editor, she had the pleasure of working with Philip Pullman, Jerry Spinelli, Jane Smiley, Cynthia Voigt, Adele Griffin, Shelley Pearsall, Jen Bryant, Laura McNeal, and Tom McNeal, among many others. She also holds great admiration for librarians (and their sway over the children’s book industry) and received her own Masters in Library Science while working as an editor. Joan lives with her husband and twin five-year-olds in a suburb of New York City.

She's particularly interested in middle grade and young adult fiction, which harkens back to one of her most voracious and memorable years of reading: sixth grade.

As always, for information about Joan Slattery and other literary agents, check out my friend Casey McCormick's amazing blog, Literary Rambles.

Well, normally my brain freezes at these sorts of questions (worrying about all that’s left out) but here goes: Remains of the Day by Kazuo Ishiguro, The Essays of E.B. White, and When You Reach Me by Rebecca Stead. The author I remember most vividly from childhood is Katherine Paterson. I just cried and cried.

Movies (all tied up with how and when I saw them): Gosford Park, You Can Count on Me, and Rushmore

TV: Six Feet Under, The Wire, Prime Suspect, and Modern Family (oops, that’s four). I’ve also been known to watch a reality show or two. For example, why can’t I seem to resist The Bachelor?

Communicative, creative, a mix of ambitious and grounded. A sense of humor doesn’t hurt, and also some perspective that there are no true publishing “emergencies.”

I’d love to see a “puzzle” novel (middle grade or YA), a story with a slowly unfolding secret. I like unreliable narrators, too, and that creeping realization that we can’t quite trust them.

Favorite thing: no two clients—or books—are alike, and to have a hand in the bookmaking (and then bookselling) process is really pretty exciting. I’m sure this is what keeps a lot of people in the publishing business for years and years. It’s sort of addictive to see what comes next.

Least favorite: the feeling that you just can’t read fast enough, that you’re sure to miss a gem or two in the crush of queries and submissions and recommendations. But, on the bright side, more will come.

To borrow from E.B. White: “You ask, ‘Who cares?’ Everybody cares. You say, ‘It's been written before.’ Everything has been written before.” So: don’t talk yourself out of trying. And then don’t forget to keep trying—new queries, new agents, new editors. It just takes one match.

Julia Child. She’d do the cooking, and the talking, naturally. (I loved her friendly, rambling voice in My Life in France, and I have some questions!)

www.pippinproperties.com
Posted by middle grade ninja at 11:11 AM